This is a significant milestone in the development process of the Barak LRAD interceptor, which is part of the Barak Air and Missile Defense System. The system is an integral part of the primary defense systems on board the four Sa’ar 6-class corvettes of the Israeli Navy, which play a crucial role in the protection of strategic assets in Israel’s exclusive economic zone.

During the test, which is the first of its kind to be conducted at sea, the Barak system successfully completed detection and interception processes in a challenging scenario against a target that simulated an advanced cruise missile.

The Barak system includes an advanced radar to detect threats, a weapon system and an IAI long-range Barak interceptor. Barak LRAD is an interceptor with built-in capabilities to deal with a wide range of aerial threats, including fighters, UAVs, cruise missiles, surface-to-surface threats, anti-ship missiles and more. The Barak system is another layer of defense in Israel’s Multi-tiered missile and air defense array, which will reinforce the air defense capabilities of the Israeli Navy’s Sa’ar 6-class corvettes.

The system is a significant part of the Israeli Navy’s defence capabilities, both in its ability to achieve naval superiority and its involvement in the IDF’s decision-making in the face of a variety of threats and scenarios from the sea and the coast. In addition, the system will strengthen the close cooperation between the Israeli Navy and the Israeli Air Force by bringing forth new capabilities and strengthening the common language and integration between the two branches.

“The demonstration of the capability and the success of the test of the Barak LRAD system is a significant milestone in the operationalization of the INS ‘Oz’ and is a significant addition to the Israeli Navy’s development of new capabilities to defend Israel’s strategic naval assets. The Barak system in general and its interceptors in particular allow the defense ships improved detection and interception capabilities at much greater ranges and against a variety of air threats. The professionalism, high engineering capabilities and determination of the people of the IAI, the engineers of the Israeli Navy and the DDR&D, along with the high operational capability of the commanders and soldiers of the Missile Ship Flotilla and the crew of the INS ‘Magen’ missile ship, are what made the success of the experiment and the proof of this capability possible. The close and beneficial cooperation that exists between the IAI, the DDR&D and the Israeli Navy is the primary factor in the continued growth and strengthening of the operational capabilities of the INS ‘Magen.’ This cooperation will make it possible to implement the best protection of the strategic assets and vital interests in Israel’s exclusive economic zone, both in the present and in the future”, said Head of the Equipment Division in the Israeli Navy RAdm. Ariel Shir.

“The success of this test is a technological breakthrough in the field of anti-missile naval defense systems. The Barak defense system’s operational capabilities are a force multiplier for the Sa’ar 6-class corvettes and for the Israeli Navy. The system successfully located the target by simulating an operational cruise missile and intercepted it by launching a Barak interceptor at it from the sea. The system demonstrated compliance with the requirements of the IDF and the Israeli Navy. The test’s success strengthens our confidence in the system and its ability to protect the strategic assets of the State of Israel at sea”, stressed Head of the Missiles and Aeronautical Systems Department in the DDR&D, Tal.

“The Barak MX air defence system, which has once again proven its effectiveness against threats at all levels of defense, provides a solution to the challenges of both the current and future battlefields. The successful series of tests carried out with the Barak system aboard an INS ‘Magen’ marks the end of the development process and the adaptation of the Barak MX naval system. The advanced capabilities that were incorporated in this series of experiments were developed by the engineers of the IAI, and they well illustrate the advanced and groundbreaking engineering achievements that are unique to the company and its people”, commented President and CEO of IAI, Mr. Boaz Levy. 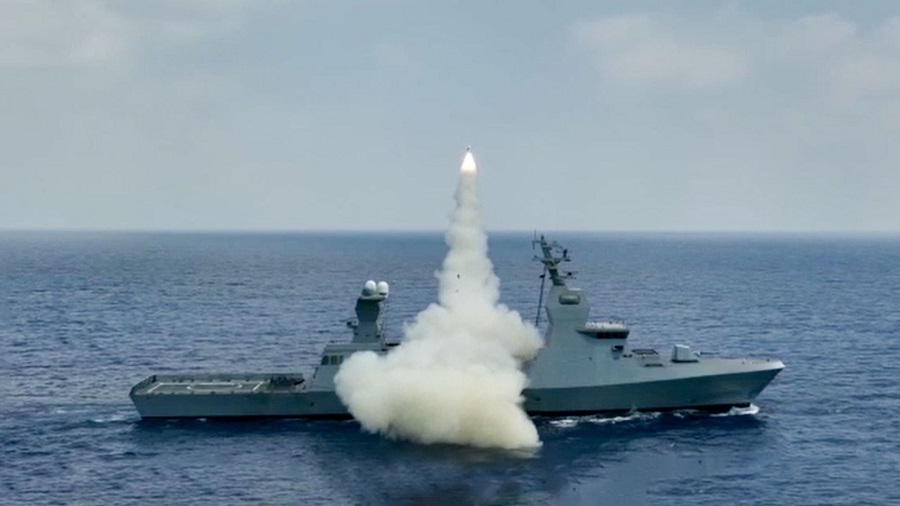