German defence industry company Krauss-Maffei Wegmann (KMW) has launched the production of RCH 155 (Remote Controlled Howitzer – 155 mm) howitzers for Ukraine. This was announced on social media by Nicholas Drummond, the advisor to KMW.

According to the statement of the German Federal Government from December last year, Germany will supply the Armed Forces of Ukraine with 18 RCH 155 self-propelled howitzers on 8×8 chassis of Boxer armored vehicle.

In September last year, the German press reported that Ukraine wanted to order 18 RCH 155 howitzers for approximately EUR 216 million, but there is no official information about the signing of this contract. The first artillery system is to be delivered to Ukraine in march 2025 (30 months after the signing of the agreement).

RCH 155 self-propelled howitzer can fire up to 9 rounds per minute to a range of up to 40 km with standard ammunition (Base Bleed, BB) which leads to an area coverage of 5,026 km². An increased range of up to 54 km is possible with Very Long Range Artillery Projectiles (VLAP). To integrate AGM with the NATO Joint Ballistic Memorandum of Understanding (JBMOU) compatible, fielded 155 mm L52 Artillery gun, BOXER makes use of its growth potential of up to 39 t.

The Artillery Gun Module (AGM) of the RCH 155 is unmanned and provides automated navigation and fire control, features fully automated gun laying, projectile and charge loading. These capabilities deliver a unique 360° efficiency range across all elevations and up to six modular charges without the necessity to use support during firing. This leads to the reduced crew of 2 (driver/operator, commander). On the other hand RCH 155 is also able to perform quick “Shoot and Scoot” which provides a major advantage in terms of rapid relocation during operation.

RCH 155 adds outstanding tactical and strategic mobility for efficient actions. Its high precision and accuracy prepares RCH 155 for all relevant scenarios with a combat load of 30 fused rounds and 144 modular charges. 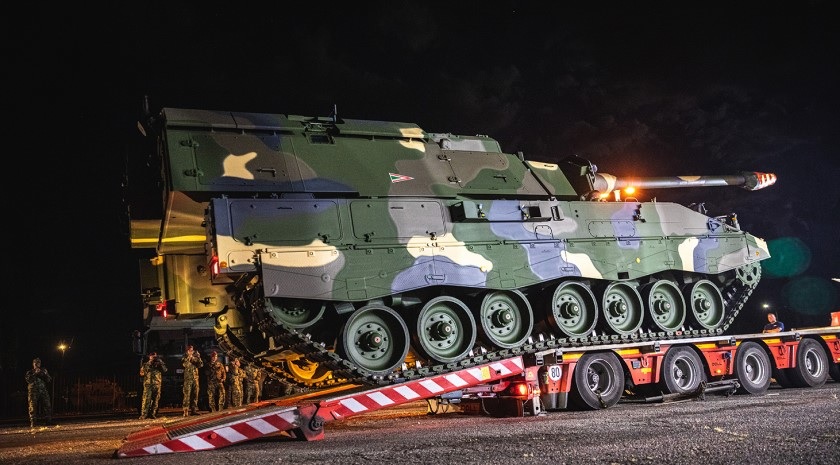