According to the Lithuanian Ministry of National Defence, ordered artillery systems will significantly strengthen the capabilities of the Lithuanian Armed Forces. The procurement agreement is part of broader defence cooperation between Lithuania and France.

“Analysing the course of the war in Ukraine, we see the need to strengthen the direct fire support of the Lithuanian Armed Forces. As Lithuania continues its regular military support to Ukraine with military equipment, we need to rebuild our own capabilities,” said Arvydas Anušauskas, head of the Lithuanian defence ministry.

“That’s why we have decided to acquire CAESAR Mark II new-generation artillery systems that will be versatile and adapted to a wide range of artillery tasks,” he added.

As announced by the Lithuanian Ministry of National Defence, all eighteen CAESAR Mark II self-propelled howitzers will be delivered to the Lithuanian Armed Forces by 2027.

The value of the contract is not precise, but the Lithuanian defence ministry announced in the press release that it plans to spend EUR 110-150 million on this project.

The agreement between the French Directorate General of Armaments (DGA) and Nexter was signed in February 2022. According to this agreement, the development phase is scheduled to last four years after which the CAESAR Mark II will be ready for serial production.

The contract with Lithuania is another recent success of French company Nexter Systems. As reported by Defence Industry Europe, on December 14, Nexter received an order from the Ministry of Defence of the Czech Republic for an additional ten CAESAR 155 mm self-propelled howitzers. 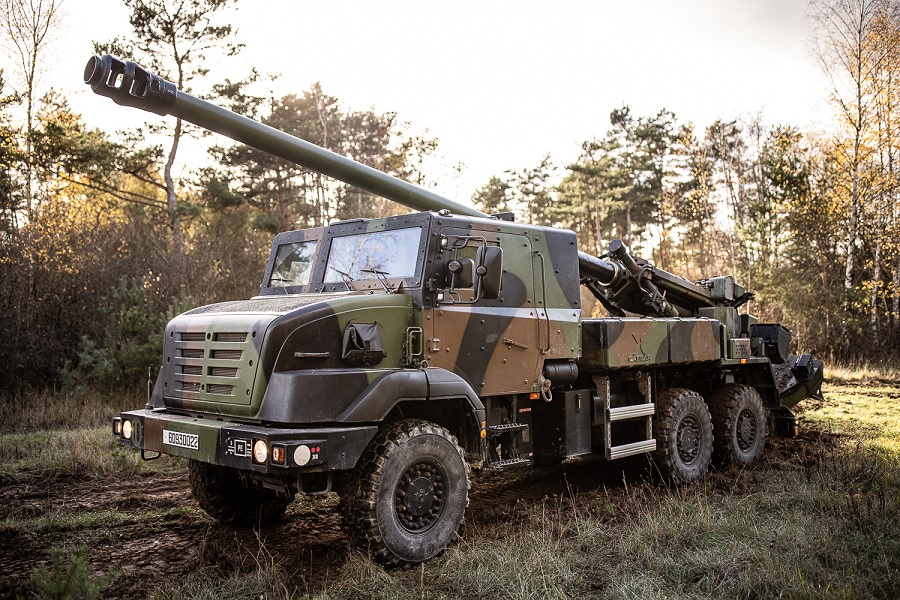