Dynamic Guard 22-2 is an electronic warfare exercise that provides tactical training for the NATO Response Force and Allied national units. Its aim is to enable units assigned to the SNMGs to maintain required levels of proficiency in electronic warfare and anti-ship missile defense.

Dynamic Guard is led by NATO Allied Maritime Command (MARCOM) and supported by the NATO Joint Electronic Warfare Core Staff (JEWCS). It is held twice annually, with one serial in the North Atlantic area and one in the Mediterranean Sea.

“Dynamic Guard proved that NATO units in the Mediterranean can operate in a denied electronic warfare environment,” said U.S. Navy Rear Admiral Scott Sciretta, commander of SNMG2. “We also enhanced our interoperability as Allies in the electro-magnetic spectrum, providing watch standers an opportunity to hone their electronic warfare skills against a simulated maritime adversary. Adding these tools to our arsenal increases SNMG2’s lethality. I would like to thank MARCOM and our Italian Allies for providing such a realistic and robust training opportunity.”

Following the exercise, SNMG2 arrived in Split on Nov. 29 for a scheduled port visit.

As a NATO task group, SNMG2 prioritizes its mandate to enhance the collective readiness, responsiveness, deployable readiness, integration and interoperability of its forces. Its focus is on deterrence and defense against all adversaries in the maritime domain, upholding freedom of navigation, securing maritime trade routes and protecting the main lines of communication.
SNMG2 is a multinational integrated task group that projects a constant and visible reminder of the Alliance’s solidarity and cohesion afloat. This continuous maritime capability performs a wide range of tasks, including exercises and real-world operations in periods of crisis and conflict.

SNMG2 is one of four Standing Naval Forces that operate under NATO Allied Maritime Command, headquartered in Northwood, United Kingdom. 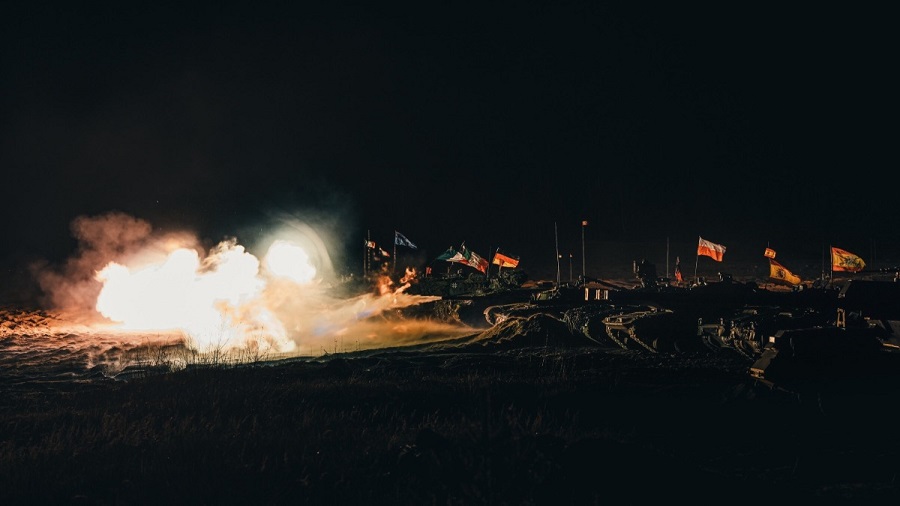