The fifth and sixth Eurofighter Typhoon landed in Kuwait

The Eurofighter programme for Kuwait is progressing as expected with successful deliveries. Acceptance activities were completed by a combined effort involving Kuwaiti and Italian personnel from the Joint International Program Office.

The fifth and sixth Eurofighter Typhoons for the Kuwait Air Force touched down yesterday in country as part of a wider order for a total of 28 aircraft that will be delivered to the country’s Air Force.

The ferry flight for the new Kuwaiti Eurofighters was made possible thanks to support from the Italian Air Force, which provided air-to-air refuelling via a KC-767A tanker from 14th Wing, Pratica di Mare. 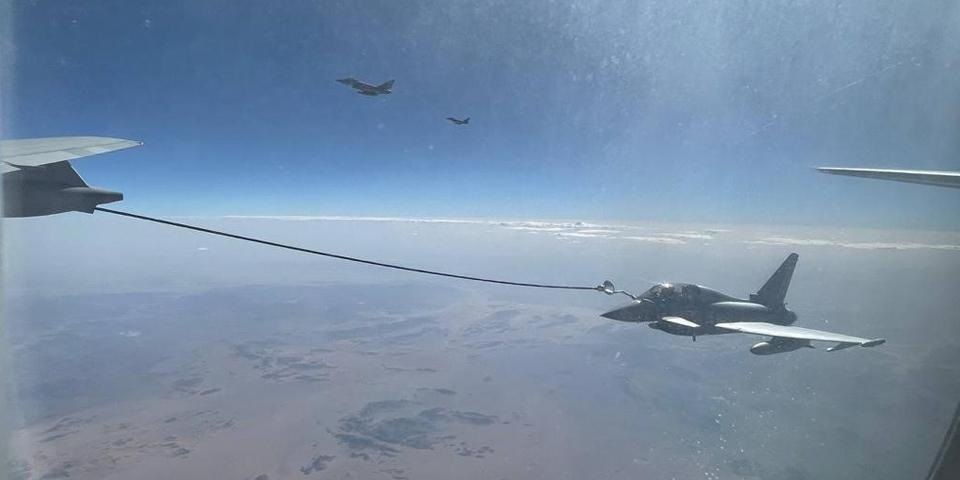 Guido Sibona, Vice President of Leonardo’s Eurofighter Programme, said: “We are proud to deliver to our customer two more new Eurofighters, including the first single-seater aircraft. They join the aircraft already in service at the new Salem Al Sabah base which in the meantime have reached the milestone of one hundred air sorties. The Eurofighter Typhoons we have developed for the Kuwait Air Force are the most advanced ever produced under the European programme. In cooperation with the Italian Air Force, we are providing the country with a wide-ranging air defence capability, together with the construction of state-of-the-art infrastructure to support and maintain of a fleet of 28 aircraft.”

One of these two aircraft was recently among the protagonists at the most recent edition of the Royal International Air Tattoo at RAF Fairford in the UK which saw the participation of the Kuwaiti Air Force, for the first time since 1993. On that occasion the pilot, Colonel Eisa Airashidi, commander of the 7th Squadron of the Kuwait Air Force, commented: “This year we are very proud to return to the Royal International Air Tattoo with the most advanced Eurofighter Typhoon in the world. Thanks to the capabilities of this platform, the Kuwait Air Force is one of the best equipped air forces in the region.”

The Eurofighter Kuwait programme is part of a wider and deeper collaboration between the Italian Air Force and the Kuwait Air Force that spans operations, pilot training and support. The Italian Air Force is undertaking initial training, in Italy, of the engineers and technicians who will support the activities of the Typhoon fleet in country.

Leonardo is playing a key role in the evolution of the Eurofighter thanks to the new AESA (Active Electronically Scanned Array) radar that equips the Eurofighter Typhoons for Kuwait, increasing the aircraft’s performance and capability.

The Eurofighter Typhoon benefits from a well-defined programme of technological upgrades and enhancements that guarantees cutting-edge capability throughout its entire lifecycle. Constantly evolving technologies, both on board the aircraft and in logistical support, increase operational effectiveness, survivability, and efficient management.

The Eurofighter programme is a cornerstone in the development of European aerospace and defence technologies and provides the industries involved with technological leadership that will guarantee the competitiveness of many next-generation programmes.

Leonardo represents with its activities about 36% of the value of the entire programme, with its key role in aeronautical components and on-board electronics, providing more than 60% of the aircraft’s on-board avionics.

In addition to the four partner countries, which have already ordered 510 Typhoons, international customers now include Saudi Arabia (72 aircraft), Austria (15), Oman (12), Kuwait (28) and Qatar (24), making a total of 661 aircraft on order.

In terms of workforce, the Eurofighter programme involves more than 100,000 people in Europe; over 20,000 people are based in Italy (including direct, indirect and induced employment). More than 400 suppliers work on the Typhoon programme, including 200 in Italy. 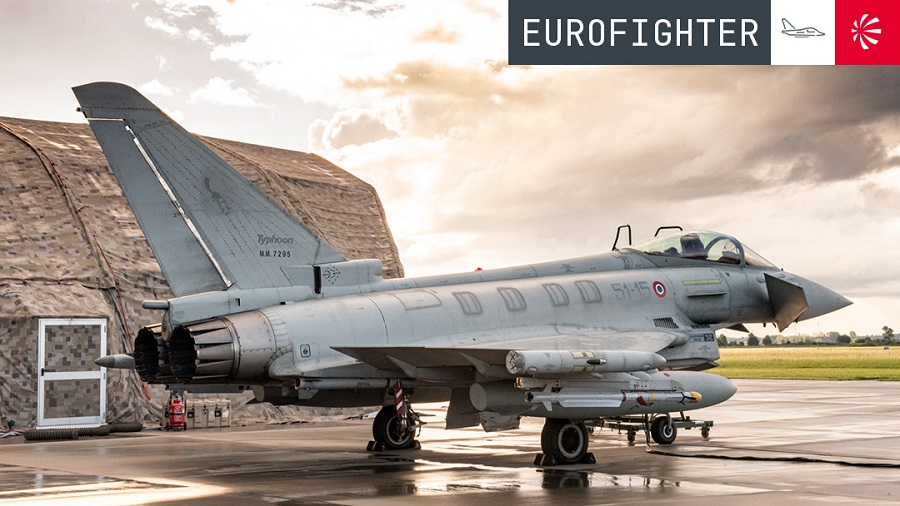 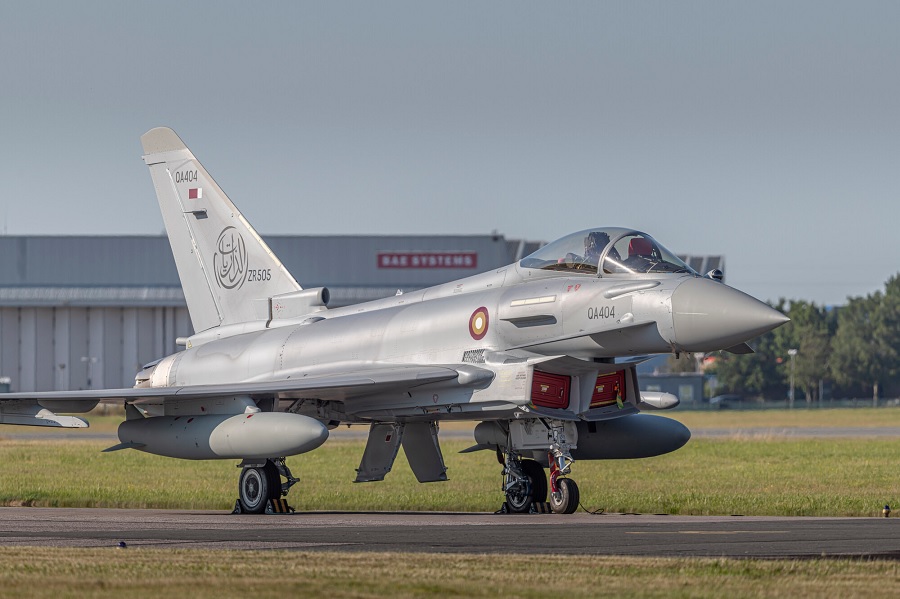