Patriot is gaining importance as the backbone of NATO and German air defense. Raytheon Missiles & Defense and MBDA are now strengthening their partnership and have developed a strategic roadmap to produce Patriot interceptors in Germany, enabling Germany to respond to the current threat environment and setting the stage for Patriot to be employed by Germany into 2048 and beyond.

Together, the two companies have been working for over thirty years through the COMLOG joint venture to ensure Patriot’s operational capability and to modernise the systems. In order for Patriot to remain a credible deterrent in the current threat environment, it is necessary to maintain, expand and further develop the system’s capability and combat power. As service providers to the armed forces and working through COMLOG, RMD and MBDA are deepening their partnership for the tasks ahead.

Germany is promoting a leading role within NATO in ground-based air defense. For the Patriot air and missile defense system COMLOG already plays a key role for maintenance and logistics. Now, the partners have developed a roadmap that will meet German demand for Patriot GEM-T interceptors by potentially producing the missiles in Germany. The roadmap also opens the door to potentially providing German-made GEM-Ts to other Patriot partners in Europe.

Thomas Gottschild, Managing Director of MBDA Germany: “Patriot plays a central and forward-looking role for the defense of Germany and Europe. With our partner RMD, COMLOG as an existing joint venture of our companies, the test and reference facility in Freinhausen and the possibilities at our company locations, we have ideal conditions to jointly provide Patriot until 2048.”

The Guidance Enhanced Missile, or GEM-T, is one of the Patriot missile variants available to both U.S. forces and international customers. The GEM-T missile provides improved ability to defeat tactical ballistic missiles, cruise missiles or enemy aircraft in complement to the PAC-3 missile. 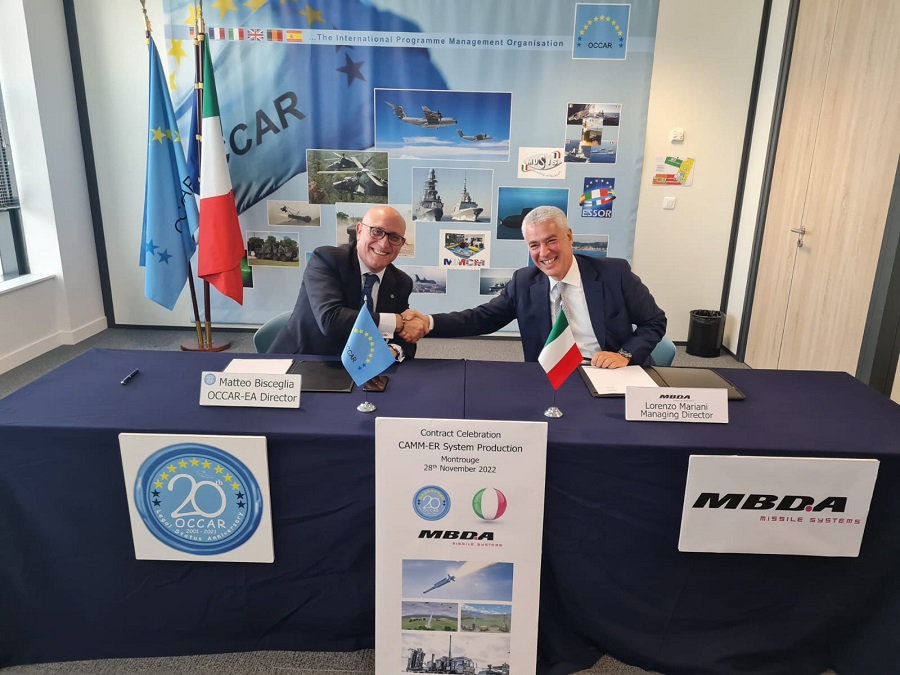