Under the European Cyberspace Situational Awareness Platform (ECYSAP) project, the European Defence Agency (EDA) has recently signed a new implementing contract with a nine-member industrial consortium, led by Indra. To increase European cyberspace situational awareness, EDA is supporting four contributing Member States as the project manager of the ECYSAP project. The contract is an important step forward for the project, as it implements contributing Member States’ co-financing of the ECYSAP action launched under the European Defence Industrial Development Programme (EDIDP).

Armed forces increasingly rely on the ability to operate in cyberspace across the entire spectrum of cyber operations. Today, cyber awareness is a crucial aspect of modern operations, given the rise in cyber threats and the potential significant impact of a cyber-attack. The main objective of the ECYSAP project is to develop and implement a European operational platform for enabling real-time cyber situational awareness for both national and European Common Security and Defence Policy (CSDP) operations.

It will provide military end-users with rapid response defensive capabilities and decision-making support. Indeed, an integrated and modular Cyber Situational Awareness (CSA) picture for national and European CSDP operations will be developed, which shall become a real-time defensive system capable of providing an automated cyber response and deployable in the same area of operations interconnected between envisaged and identified intelligent nodes.

ECYSAP is co-financed by the European Commission (under EDIDP) and four contributing Member States: Estonia, France, Italy, and Spain. It is developed in parallel with the ESC2 project which aims at the creation of a European Strategic Command and Control system from strategic to tactical level.

The signature is conducted under the EDA’s “ad-hoc legal framework” to accommodate the project’s complex co-funding structure in compliance with applicable project- and security- management rules, and conducted in compliance with of Regulation 2018/1092 establishing the European Defence Industrial Development Programme (EDIDP), the European Defence Fund (EDF) precursor for development of defence products and technologies.

The successful signature of the implementing contract highlights the unique role and expertise of EDA in the management of strategic European projects that rely on co-funding between EU institutions and Member States and paves the way for a similar construct under development actions co-funded  by the EDF. 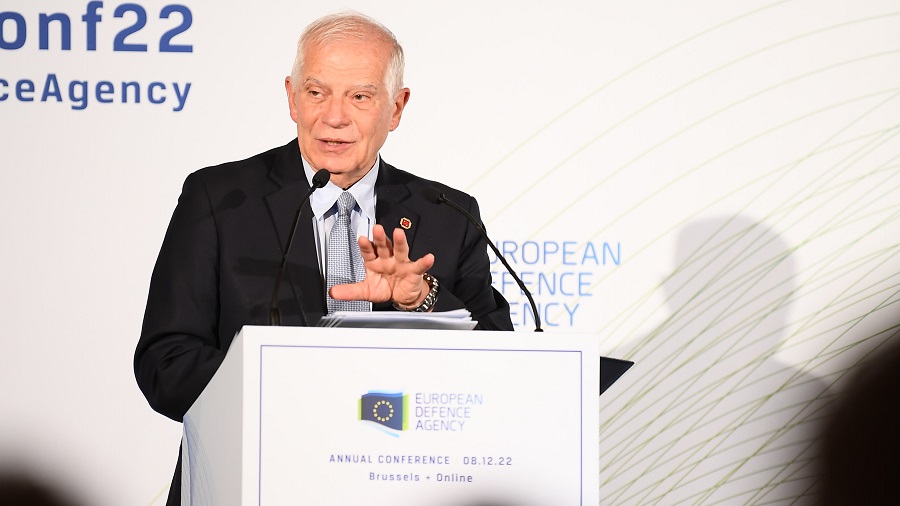