Thanks to latest-generation hardware and software technologies, developed through the company’s ongoing investments in key domains, such as Artificial Intelligence, autonomous systems, data processing and information management, the DSS-IRST system is able to automatically detect and track symmetric and asymmetric targets for the protection of modern naval units.

On occasion of the Euronaval exhibition in Paris, Leonardo has launched its new electro-optical system that protects naval assets from multiple threats. The new system is called DSS-IRST (Distributed Static Staring-InfraRed Search and Tracking System), a next-generation technology developed by the company to provide larger naval units, such as the Italian Navy’s new  LHD “Trieste” and Pattugliatori Polivalenti d’Altrura (PPA), with state-of-the-art capabilities and performance for dealing with multiple, long and short-range surface, missile and airborne threats along coastal areas (Littoral) and on the open sea (Blue Water).

As well as fulfilling the requirements of a traditional IRST system, the modular architecture of Leonardo’s new product allows for true 360° coverage through the positioning of four mechanically stabilised, static (non-rotating) Search Head Units (SHUs). Lightweight and compact, these SHUs deliver high-resolution performance, together with an azimuthal range of 90° each. The new-generation IRST is also equipped with three additional electro-optical (EO), Directional Head Units (DHUs) for the confirmation of acquired traces – an element that enables the system to minimise the False Alarm Rate, identify targets and, assisted by the SHUs, also provide active and passive measurement of their distance.

The DSS-IRST has been designed as a principal support for navigational and maritime situational awareness, even when the vessel on which it is installed is operating in silent mode (EMCON). In fact, in this case, the system is able to provide 360° IR panoramic, HD video footage with cinematic-quality resolution (frame rate), 24 hours a day, while also maintaining the operational ability to detect and track multiple targets and generate CMS traces in 3D, thanks to its passive target distance measurement (Passive Ranging) feature. Furthermore, given the possibility to adjust the elevation of the SHUs, the DSS IRST can also be used to support Search and Rescue (SAR) or anti-intrusion Harbour Surveillance operations.

As well as the four Search Head Units and Directional Head Units, Leonardo’s Distributed Static Staring-InfraRed Search and Tracking System principally consists of two Data and Video Management Units and a Local Console Unit (optional). In the standard configuration, the system operates in integration with a ship’s Combat Management System (CMS) and has been specifically designed to respond to the new multi-domain requirements of naval forces.

Leonardo is leader in Electro-Optical technologies and systems, providing high-performance products for the most demanding customers’ requirements worldwide. This position is based on the company’s research and manufacturing experience in the core elements of an EO system including its infrared detector, stabilized EO director and image processing algorithms. The company has a great deal of integration expertise installing EO products on naval vessels, land vehicles and avionic platforms. 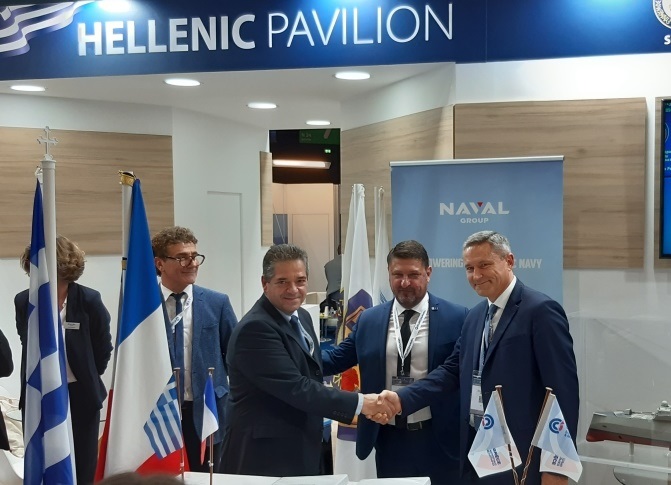