Tipping the Scales in Ukraine Requires a United European Army

By Mikuláš Dzurinda (President of the Wilfried Martens Centre for European Studies, official think-tank of the European People's Party)

The euphoria over the liberation of Kherson, along with hundreds of Ukrainian towns and villages, has been dampened by the fear of winter setting in. The Kremlin has decided to let freezing temperatures break the Ukrainians, rather than using bullets. Russia is focused on destroying power stations and energy grids. Millions of Ukrainians are already without electricity, drinking water or heating. While Russia, unable to sell its gas, is burning it off in open fields, Ukrainians are gripped by the fear of winter creeping in.

The situation in the Western world is complicated as well, although naturally it could never compare with Ukraine’s. High energy prices, inflation, rising debt and social unrest, are all causes of distress for political leaders, but also among popular masses. These dynamics also create a breeding ground for populists, nationalists, and conspiracy theorists.

Unsurprisingly, voices calling for a peaceful, diplomatic solution are growing ever louder. The Kremlin’s protagonists, whose idea of peace involves Ukraine’s capitulation or some form of appeasement, are no longer alone in the conversation about a diplomatic resolution to the conflict. President Biden was flustered by President Zelensky’s decision not to negotiate with Russia as long as Vladimir Putin remains in charge. NATO Secretary General Jens Stoltenberg also stated that “…Russia’s war with Ukraine will most likely end at the negotiating table….”, reassuringly also saying Ukraine will determine when to start this process.

President Biden was flustered by President Zelensky’s decision not to negotiate with Russia as long as Vladimir Putin remains in charge. NATO Secretary General Jens Stoltenberg also stated that “…Russia’s war with Ukraine will most likely end at the negotiating table….”, reassuringly also saying Ukraine will determine when to start this process.

What are the implications for us, as EU citizens, and our political leaders? Energy supplies from Russia have fallen, we imposed painful sanctions on Russia, and are helping Ukraine financially as well as by supplying defensive weapons. We are admitting Ukrainian refugees. Will these measures make the Kremlin reconsider its approach towards Ukraine? Will these measures help Ukraine push Russian troops out of its territory and achieve sustainable peace? Or must the EU do more for Ukraine to succeed? Does the EU dispose of a pivotal hold move that would help Ukraine pin its opponent?

I think the most sensible and indeed necessary step to take is the creation of a common European defence force. A European army represents an instrument that would significantly tip the scales in the right direction. There has never been a more opportune moment coupled with urgent momentum to take this step than there is today.

Diplomacy is effective when it is backed by real, deployable operational forces. Only real strength from Ukraine and its allies, present in Ukraine, can ultimately persuade the Kremlin to accept a peace settlement sustainable in the long run. Only true military capabilities will help the EU gain the respect and authority without which it is impossible to face today’s security challenges.

I believe it easy to understand that the military personnel best suited to carry out a stabilising, peacekeeping mission in Ukraine and its vicinity is the UK and the EU. The Kremlin cannot sell the narrative that Europe has a vested interest in a cold war with Russia or in the country’s destruction as successfully as it can sell the narrative of the threat presented by the United States and NATO.

Finally, there is the factor of necessity. The EU’s security dependence on the United States is no longer defendable or sustainable. It is immoral and naive to expect the US to bear a large cost – both politically and militarily – to defend a community that is more populous than the US and with a comparable level of economic strength. Such asymmetry is simply untenable in the face of the ever more assertive China and of the changing domestic political climate in the US. And, finally, Donald Trump announced he will seek re-election to the US Presidency. I am afraid no one can predict how the US government will act with Donald Trump at the helm again. But even if a different candidate wins, the state of affairs will likely never be the same.

The EU should stop procrastinating. If anything, we only stand to gain from the creation of a common European army. A common European army would straighten out the feeble European pillar of NATO. Common European armed forces would be capable of more cost-effective procurement than individual member states are. Moreover, there will likely be better compatibility of weapons and equipment procured this way than is currently the case. Only three things are required: less national egoism, a greater sense of responsibility, and more courage on the part of political leaders; at the European, but especially at the national level.

I’m not a wrestler myself, I enjoy jogging; but I’ve often seen a tie between two wrestlers broken by one bold, well-thought-out hold move. I believe we, the EU, have such a hold move at our disposal.

This blog was initially published by the Wilfried Martens Centre for European Studies, the official think-tank of the European People’s Party. The opinions expressed in this piece are those of the author. 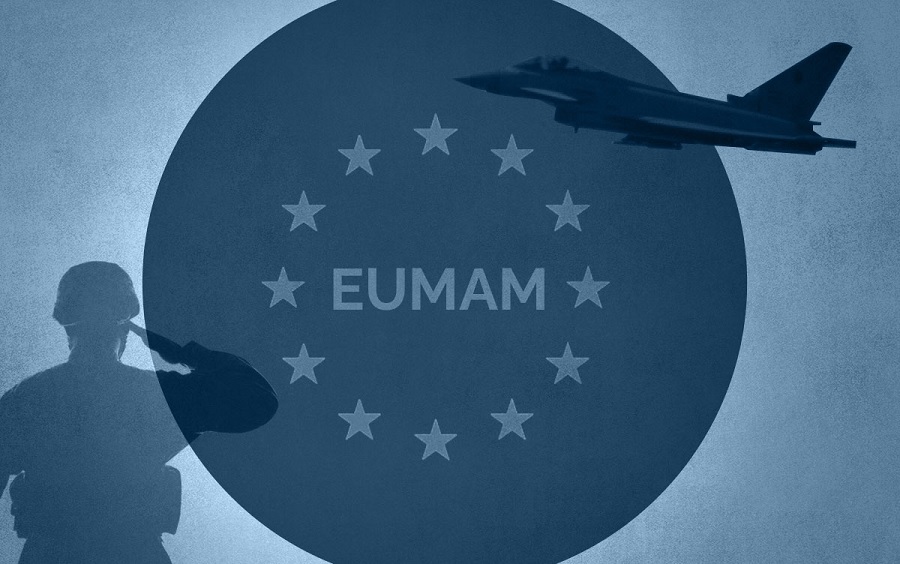