Conducted in mid-November at the Central Training Area near Tapa, Estonia, the live-fire exercise Abu Walk served to demonstrate the UK artillery firepower, including multiple-rocket and fire support systems. The British Army has a leading role in NATO’s enhanced Forward Presence (eFP) Battlegroup Estonia which contributes to bolstering Euro-Atlantic security and deterring adversaries.

During exercise Abu Walk, the British Army showcased their artillery and missile systems. The British AS 90 self-propelled 155-millimetre gun has a range of 25-30 kilometres while the M270 Multiple Launch Rocket System (MLRS) rocket launcher can reach 70 kilometres. “It hits far and very accurately,” Major Phillips, the battery’s Commander, emphasizes. The AS 90 battery was dispatched to Estonia in September 2022, and exercise Abu Walk was its first live-fire practice.

Since September 21, 2022, the King’s Royal Hussars (KRH) are at the helm of the eFP Battlegroup in Estonia. The KRH are an armoured tank regiment based in the south of England and use the Challenger 2 main battle tank to provide armoured strength on the battlefield. The regiment is on its second deployment to Estonia as the framework of the eFP Battlegroup which this time comprises: two tank squadrons, an anti-tank company, MLRS and AS90 fire support batteries, an armoured engineer squadron and an air defence troop. The anti-tank company from 1st Battalion Scots Guards is mounted in Mastiff protected mobility vehicles equipped with the Javelin weapon system. In addition to the anti-tank capabilities provided by Challengers and Javelins, elements of the Battlegroup are armed with NLAW (Next generation Light Anti-tank Weapon) to defeat enemy armour. Alongside the British Army, the Battlegroup involves contingents from Denmark and France. 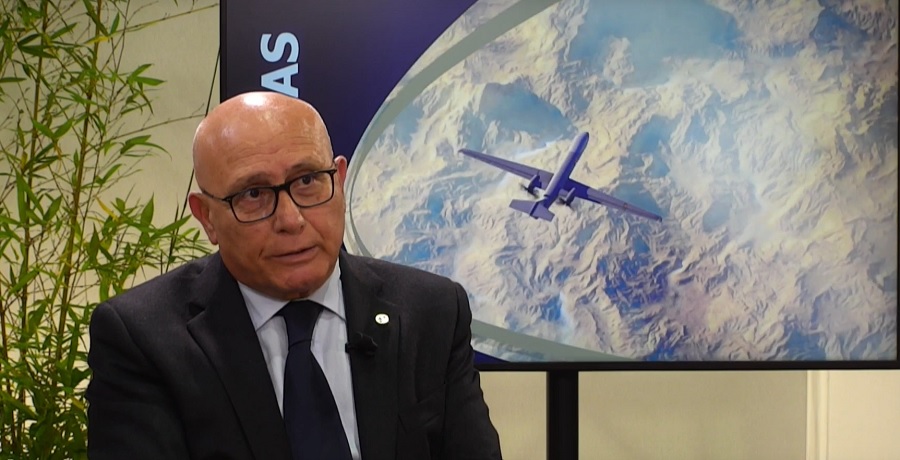 Interview with the director of OCCAR Matteo Bisceglia [VIDEO]