The European Defence Agency (EDA) has today published its annual Defence Data report for 2020-2021, detailing defence spending by the 26 EDA Member States. In 2021, total European defence spending stood at a new high of €214 billion, marking a further 6% increase on 2020 and the seventh year of consecutive growth. EDA’s report finds that Member States are investing more than ever on the procurement of defence equipment and research and development with a 16% rise compared to 2020, totalling a record €52 billion.

At €214 billion, total defence expenditure corresponds to 1.5% of the 26 EDA Member States’ gross domestic product (GDP), the same as recorded in 2020. The 6% rise in spending compared to 2020, marks the strongest yearly growth rate since the rebound started in 2015 following the financial crisis. Compared to the historic low reached in 2014, defence expenditure has increased by almost €52 billion, or 32% in real terms.

EDA’s Defence Data report finds that the sustained increase in overall spending is also reflected in national numbers. In 2021, of the 18 Member States who increased spending, six raised it by 10% or more. The highest increases amounted to more than €4 billion by Italy in absolute terms and a 42%, 33% and 27%, increase in relative terms by Finland, Greece and Slovenia respectively. However, eight Member States reduced spending, with the largest national cut standing at 15% in relative terms.

EDA’s Defence Data report concludes that defence expenditure has globally resisted the economic impact caused by the COVID-19 pandemic. Member States’ announcements following Russia’s war of aggression against Ukraine signals that the increases in expenditure are likely to continue in the years ahead.

HR/VP and Head of the European Defence Agency Josep Borrell said: “European defence cooperation has come a long way. However, too little is spent in cooperation. As Member States increase their defence expenditure in defence, cooperation must now become the norm. We have built the cooperation frameworks to make this happen. Spending alone is not enough, we need to do it better, and that means doing it together. This is the only way to effectively equip European armed forces for the challenges ahead.”

In 2021, defence Research and Technology (R&T) spending amounted to €3.6 billion, marking a massive 41% increase compared to 2020 and a new EDA recorded high. Compared to the historic low in spending reached in 2016, expenditure for defence R&T almost tripled. In 2021, over €1 billion extra was allocated, putting the 2% agreed benchmark within reach, but falling short at 1.7%. However, the trend is driven by Germany and France, which are responsible for more than 80% of the total defence R&T expenditure. As in 2020, they remain the only two Member States to reach the 2% benchmark.

In 2021, Member States spent €248 million on defence R&T projects in cooperation with other EU states, marking the first significant growth in this area since several years, totalling almost 70% compared to 2020. Nevertheless, expenditure lags compared to the high of €477 million recorded in 2008. Today, just 7% of total defence R&T expenditure is spent in cooperation, the second lowest recorded by EDA, and far from the 20% collective benchmark.

EDA collects defence data on an annual basis, and has done so since 2006, in line with the Agency’s Ministerial Steering Board Decision of November 2005. The Ministries of Defence of the Agency’s 26 Member States provide the data. EDA acts as the custodian of the data and publishes the aggregated figures in its booklets.

All data is collated (“total incorporates 26 EDA Member States”), and it has been rounded. Defence expenditure figures are provided in constant 2021 prices, to take inflation into account and allow for a comparison across years. 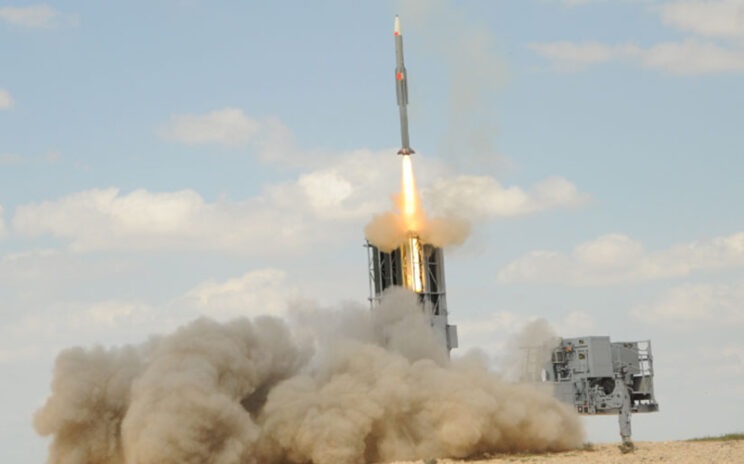