The Type Certificate is the result of years of intensive type certification effort by the prime contractor Airbus DS Airborne Solutions GmbH (ADAS), a 100% Airbus subsidiary and its partner the GHTP OEM Israel Aerospace Industries (IAI) together with the GMAA. The Type certificate attests GHTP's compliance with the latest version of military airworthiness standard (STANAG 4671). The effort included adaptations of multiple systems to be compliant with the required standards, compilation and review of hundreds of documents and multiple reviews and tests, in close cooperation between GMAA, ADAS and IAI. All this was performed, and brought to very successful conclusion, despite the challenges imposed by COVID-19 pandemic.

The German Heron TP is a medium-altitude, long-endurance, multiple payload, remotely piloted aircraft system (MALE-RPAS) developed and build by Israel Aerospace Industries (IAI) and Airbus DS Airborne Solutions (ADAS). It is based on IAI’s reliable Heron TP used by the IDF and Heron 1 that already supported German Forces for more than a decade in their missions in Afghanistan and Mali. Measuring 26m span and weighing up to 5,400 kg, capable of multi sensor missions, for up to 27 hours. The system includes high levels of automation and system safety features, in terms of multiple redundancies and automatic monitoring, detection of possible malfunctions and reconfiguration, to maintain safe flight and airspace integration. The system is one of the first UAS in this class ever to receive STANAG 4671 certification.

The German Heron TP (GHTP), remotely piloted aircraft system (RPAS), is a unique German and Israeli Project, contracted to Airbus and IAI for modification, production and operation by the German Airforce.

The Heron TP MALE is a medium altitude, long endurance, strategic, versatile and multiple-payload RPAS, which features IAI’s most advanced technologies. The Heron TP is the strategic variant of the Heron family, which includes the Heron 1, used reliably by the German Air Force since 2010 in Afghanistan and since 2016 in Mali.

“Together, we have achieved a true milestone: The German Heron TP has become the first UAV in the German armed forces and probably the first UAV in the world to fully comply with an internationally agreed airworthiness code. It is probably the first unmanned aircraft system which fully complies to the latest revision of NATO’s airworthiness code. This huge success could only be achieved by a high degree of professionalism on all sides  and a close and excellent coorporation of the involved industry partners and authorities”, said Director General of German Military Aviation Authority (GMAA), Major General Dr. Jan Kuebart.

The Type Certificate for GHTP is the result of common effort and close cooperation between the customer, our companies and nations and marks a cornerstone in the RPAS class which has never been achieved before. We are very proud that we can deliver to our customer the German Armed Forces a high performance system according to the latest standards to support their mission related needs”, commented Airbus DS Airborne Solitons GmbH CEO Tim Behrens

“The awarding of the Type Certificate paves the way for the GHTP worldwide operation by German Armed Forces and lays a cornerstone for IAI’s continued development of systems and products, to maintain its position as a pioneer in RPAS industry, since its earliest days. We thank the IMOD and our partners at Airbus for their collaboration in the project, which delivered the most advanced system for the operational needs and requirements of the German air force”, said IAI President and CEO Boeaz Levy. 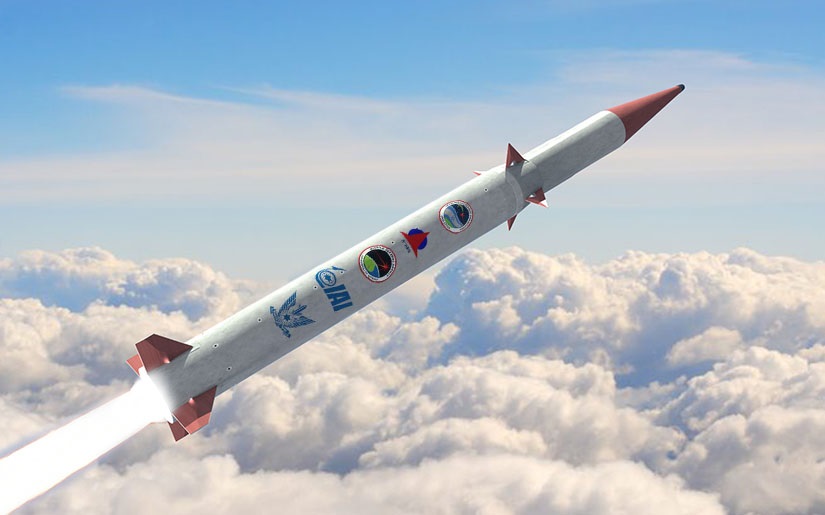 Israeli industry can fill the gap in European air defence