DMO, the Dutch Defense Ministry ‘s acquisition organization providing the Armed Forces with efficient and safe equipment, has commissioned Defenture to deliver at least 41 light tactical vehicles. These Defenture GRF vehicles (dubbed the VECTOR at the Ministry of Defense) will be supplied to the Airborne Mobile Brigade (11 LMB), an army unit. This contract also opens possibilities for the ministry to acquire additional vehicles over a longer period in the future.

For almost 10 years Defenture has been the leading specialist in the development and assembly of light tactical vehicles. The company originated from the fulfilled assignment of providing 50 vehicles for the Dutch Commando Corps (KCT), which resulted in an extended order of 76 GRF/VECTOR vehicles.

From day one Defenture has aspired to create the new benchmark within the light tactical market segment. This GRF is the perfect vehicle for the most important units within the armed forces. From scratch the vehicle was developed for military purposes in close cooperation with the users (KCT) and renowned knowledge centers.

The GRF/VECTOR vehicles have been in use now for several years and worldwide demand for the vehicles has been growing enormously ever since. Besides the GRF, Defenture has two more platforms in its portfolio, the SCORPION and the MAMMOTH.

Furthermore, DMO commissioned Defenture to develop and produce around 300 military diesel-driven quads, the SCORPION for Dutch armed forces units like KCT and 11 LMB. Defenture is also deeply involved in the development of a bigger version of the GRF with a payload of 3500 kilos, named the MAMMOTH. This vehicle is being designed especially for the German Kommando Speziale Kräfte (KSK). As in the SCORPION, there is a lot of serious interest in this MAMMOTH from other European countries.

With pride Defenture can now announce that the Airborne Mobile Brigade is also going to use the GRF vehicles. On 19 December 2022 DMO and Defenture jointly signed a contract for at least 41 GRF vehicles. In commissioning this order to Defenture, DMO gives a very clear signal. The Ministry of Defense fills the gap after withdrawal in 2021 of the 12kN AASLT program.

For some time, the Airborne Mobile Brigade needed a suitable vehicle for which another provider was commissioned in 2018. However, this contract was canceled and Germany and the Netherlands jointly decided to purchase these vehicles together through a German tender. With its GRF platform Defenture is one of the contenders in this procurement.

Specially developed military modular vehicular systems, based on a uniformly designed platform like the GRF and the MAMMOTH are the future. The vehicles are developed in close cooperation with the users and renowned centers of expertise, with uniformity and inter-operability between the systems guaranteed for countries that decide to buy the Defenture vehicles and use them. The Dutch, German and Swiss armed forces make use of several versions and configurations from Defenture’s portfolio. In 2023 new procurement trajectories and assignments are coming up, improving interoperability across Europe even more.

So the signing of the contract is a momentous event for both the Dutch Armed Forces and Defenture. The Dutch Commando Corps and the Airborne Mobile Brigade often operate together, making inter-operability of vital importance. This contract also implies a reduction of operational costs, making the use of Defenture vehicles greatly improve the Armed Forces’ effectivity and efficiency.

To accommodate this growth Defenture is forcefully expanding both in terms of staff and housing. Specialists from the automotive branch, the production industry and defense join up to produce, deliver and maintain the most reliable and safe vehicles at the lowest possible Life Cycle Costs.

Defenture’s CEO Henk van der Scheer: “For years Defenture has invested in the creation of a new benchmark in the light tactical market segment. Our vehicles are contributing more and more to global security and freedom. With the Defenture platforms we guarantee that the troops that protect us carry out their missions in safety and can return from the most extreme circumstances. That’s our mission with which we make the impossible possible day by day”.

In autumn 2023 Defenture will deliver the first vehicles to the Airborne Mobile Brigade and expects to have delivered the first batch of 41 GRF vehicles by mid 2024. 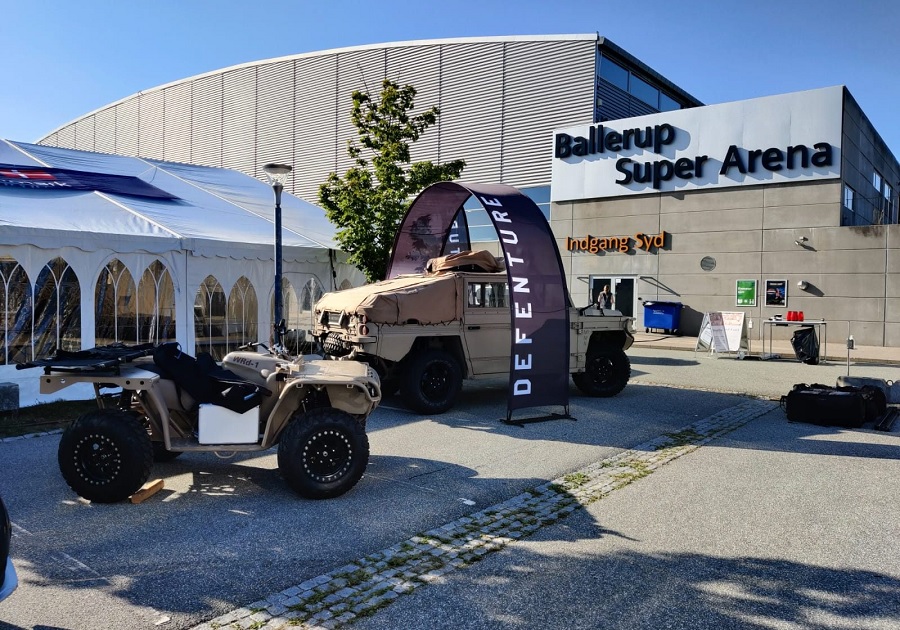