At the behest of the German government, Rheinmetall is supplying Ukraine with brand new HX 8x8 trucks. In total, 26 of these high-mobility hookloading vehicles will be transferred to Ukraine. Delivery of the vehicles has already begun.

Made by Rheinmetall MAN Military Vehicles, the HX family is among the most widely used range of military trucks anywhere. Over 15,000 vehicles are now in service worldwide. A military-off-the-shelf family of vehicles, HX trucks are systematically designed for maximum durability, mobility, ease of use and modularity, effectively placing them in a class of their own.

Rheinmetall is already involved in several activities in support of Ukraine. In 2023, with the backing of the German government, Rheinmetall subsidiary Zeppelin Mobile Systeme GmbH will be supplying Ukraine with a turnkey field hospital.

In addition, Rheinmetall is taking part in several “Ringtausch” operations. The “Ringtausch” is a procedure developed by the German government to support the Ukrainian war effort in cooperation with neighbouring European countries and NATO partner nations. Here, NATO countries transfer Soviet-era heavy equipment to Ukraine, receiving surplus Western-made systems in exchange. Rheinmetall is currently supplying various fighting vehicles from company reserves, including Leopard 2 A4 tanks and Marder infantry fighting vehicles, to the Czech Republic, Slovakia and Greece. Furthermore, HX 8×8 trucks of the same type as the Ukraine gets now are supplied to Slovenia. In turn, these NATO countries are transferring tanks and IFVs to Ukraine. 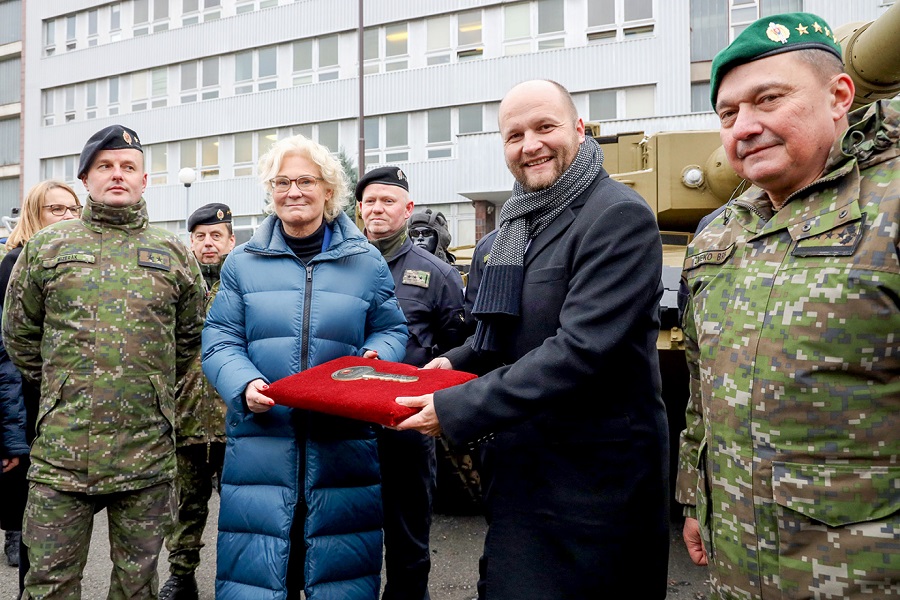