Slovak Minister of Defence Jaroslav Naď welcomed Minister of Defence of the Federal Republic of Germany Christine Lambrecht to the Slovak MOD in an enhanced honour cordon ceremony on Monday 19 December 2022. The two leaders met for talks to mark the handover of the first of the 15 Leopard 2A4 Main Battle Tanks (MBTs) which Slovakia is to receive under a ring swap deal in exchange for gifting its 30 tracked BMP-1 infantry fighting vehicles to Ukraine.

On 23 August 2022, Slovak and German senior defence officials signed a bilateral agreement in Bratislava, whereby Slovakia would transfer 30 BMP-1s from reserve stocks to Ukraine in compensation for 15 Leopard 2 MBTs in the A4 configuration from Germany.

On the “Ringtausch” deal, Defence Minister Jaroslav Naď said: “Thanks to this equipment exchange programme, we have helped not only the Ukrainian Armed Forces in their justified fight for freedom and democracy in their country, but also the Slovak Armed Forces insofar as we have reinforced and will continue reinforcing the Slovak Tank Battalion.”

Appreciative of Slovakia’s military support for Ukraine, Defence Minister Christine Lambrecht said: “Naturally, we must also think of ways to repair the weapons systems that have been supplied to Ukraine, which is why I want to thank for a quick solution through the Michalovce-based repair facility.”

Defence Minister Lambrecht praised this creative and non-bureaucratic solution to the benefit of delivering aid to Ukraine, quickly and effectively. “We want to continue in this way. We are good and trustworthy partners,” Minister Lambrecht said.

Additionally, both leaders confirmed that Germany will supply Slovakia with a new short-range air defence system, which is to protect a specific area and is to be deployed to eastern Slovakia.

At the talks, Mr Naď and Ms Lambrecht also paid special attention to SVK-DEU defence cooperation, including to the DEU operational deployment to Slovakia as part of the NATO Multinational Battlegroup Slovakia (NATO MN BG SVK). Because the head of the German MOD is also planning to visit Bundeswehr soldiers based at the Training Centre Lešť and Sliač Air Base later today, Minister Lambrecht thanked Slovakia for the Host Nation Support (HNS) services afforded to the men and women of the Bundeswehr stationed in the country. 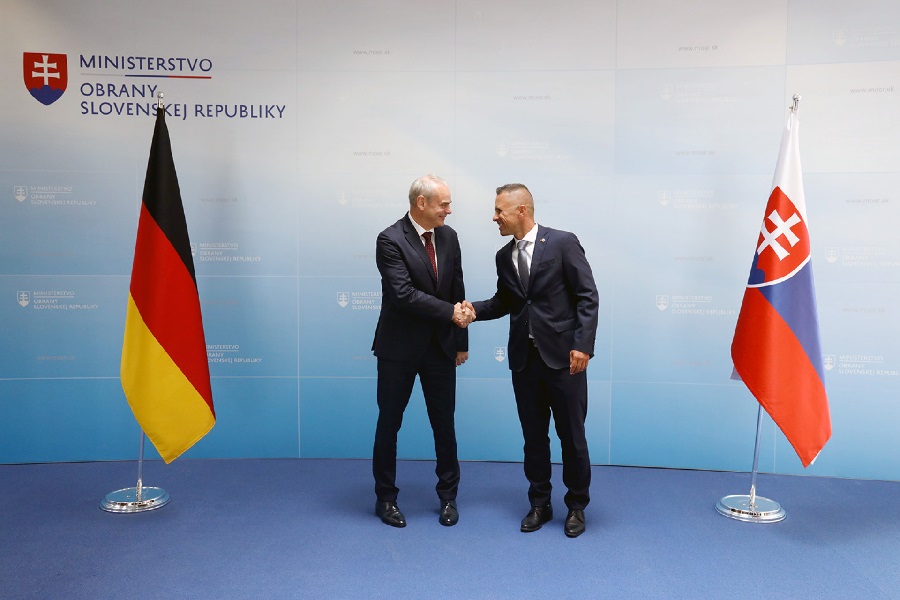