The Israeli and U.S intelligence are trying to confirm the Iranian declaration about this country's success in developing a hypersonic ballistic missile.

At this point, according to sources, there is no hard evidence to prove the Iranian declaration.

At the same time, Israel is taking measures to be prepared for the new threat. These are classified but it can be said that they focus on early detection and very advanced interception systems.

While the Iranian uninterrupted military nuclear program gets the most attention from the Israeli intelligence apparatus, in recent months this country’s achievements in developing long-range ballistic missiles and now hypersonic ones have been put on higher priority.

In addition, Israel together withthe U.S., accelerated the development and deployment of the Arrow-4, the new version of this air defence system.

An Israeli expert who talked on condition of anonymity said that unlike ballistic missiles it is impossible to predict the hit point of a hypersonic missile. That he added makes the interception of such missiles more complicated and therefore should involve a mix of interceptors, some that Israel has and others under development.

A senior commander of the Islamic Revolution Guards Corps (IRGC) announced last week that Iran succeeded in developing such a missile.

“The missile has a great velocity and can maneuver both in and out of the Earth’s atmosphere,” Amir Ali Hajizadeh, the IRGC Aerospace Division chief, told reporters.

“The new missile can pass through all missile defence systems, and I don’t think that the technology capable of intercepting it will be achieved in the decades to come. It can target the enemy’s anti-missile systems, and its production marks a huge generational leap in the development of a new generation of missiles,” Brigadier General Hajizadeh explained.

The hypersonic missile can fly at more than five times the speed of sound (at a rate of 3,800 mph).  According to the Stockholm International Peace Research Institute, hypersonic missiles are able to travel on complex trajectories that make them difficult to defend against.

The homegrown hypersonic missile is more advanced than Sejil.

According to Iran, the Sejil is the country’s first option to respond to any Israeli aggression. This issue has become more and more in the spotlight because the distance between Iran and occupied Palestine is only 1300 km and this missile can reach Tel Aviv in only 7 to 10 minutes.

Talking to the Tasnim news agency, Hajizadeh said the hypersonic missile has been tested.

He also said the missile will be unveiled in the future.

“In the future and in a proper time this hypersonic missile will be unveiled,” Hajizadeh remarked.

U.S. Department of Defence spokesperson for the Middle East region, Army Lieutenant Colonel Rob Lodewick, told Fox News Digital that the Pentagon is “well aware” of the reporting but claimed it remains “skeptical.”

“As always, we will refrain from disclosure of intelligence reporting and assessments on such sensitive topics,” he added. “We continue to closely monitor Iran’s development and proliferation of advanced missiles and associated technology.”

Iranian military specialists and technicians have made significant progress in recent years in manufacturing a wide spectrum of indigenous weaponry, allowing the armed forces to be quite self-sufficient in the armament industry.

During the week of November 6-12, 2022, the Commander of Aerospace Force of the Islamic Revolutionary Guards Corps (IRGC) Brigadier General Amir-Ali Hajizadeh announced that a hypersonic missile is now in the hands of his organization.

“This newly-developed ballistic missile will pass through all missile defence systems,” he said, adding that it is not believed that “such a technology can be developed for decades to counter it.” “The missile has a great velocity and can maneuver both in and out of the Earth’s atmosphere”; • “This missile, which targets enemy anti-missile systems, represents a great generational leap in the field of missiles”.

According to Tal Inbar, an Israeli defence analyst, since Iran already developed a ballistic missile that was declared as “hypersonic” (The “Shahid Haj Qassem”) with a declared reentry speed of Mach 12, and already demonstrated skipping capabilities in several missiles re-entry vehicles – the most plausible assumption is that the new system will be a true HGV – Hypersonic Glide Vehicle.

Israeli defence sources related to missile defence refused to say whether there is solid evidence that North Korea or China sold Iran technology that helped its defence industry to develop a hypersonic missile.

Inbar says that an HGV is not a “wonder weapon” and it could be intercepted. However, at the near future, it will pose significant challenges for active defences – both in detection, tracking, and kinetic encounter and interception. 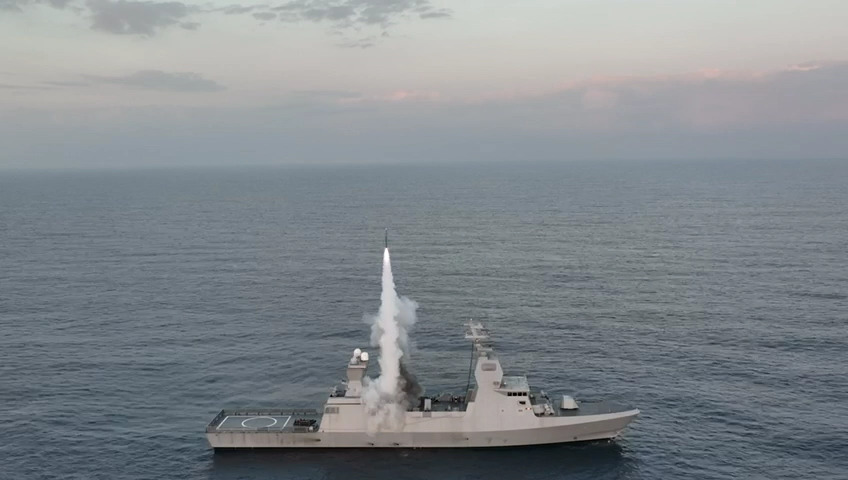 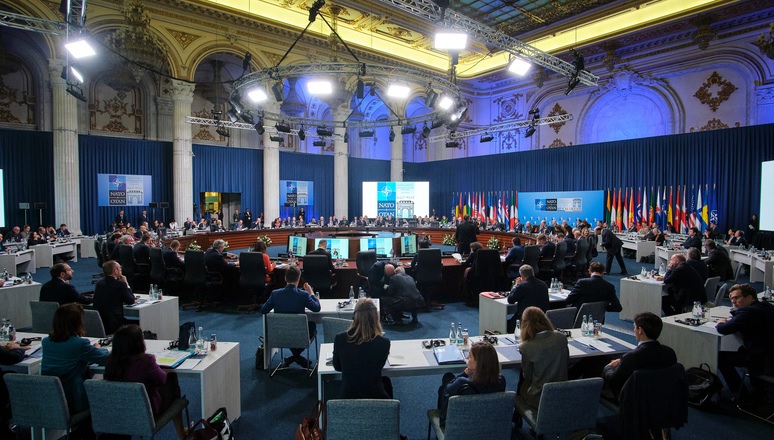 Israel supports NATO with information on the Iranian threat