The UK’s MOD published the Integrated Review, on March 16 2021, which outlines the MOD’s difficulties as well as its plans to strengthen its UK prosperity. Further to this, the MOD published Defense in a Competitive Age on March 22 2021, outlining further nuisances and plans for mitigation. One item that the paper indicated as being a burden on operational capability, was the current fleet of Royal Air Force Westland Puma HC2 helicopters, which were aging, and they would begin to phase out by 2025.

The MOD published its tender in May 2022 for the formal requirements for the NMH, although in late 2021, a few companies offered their aircraft upon the draft plan being released. The procurement challenge is that choosing a NMH will have adverse effects on the political and economic dimensions of maintaining and building relationships within the UK and abroad.

To date, the following aircraft have been submitted under the tender requirements:

A few other aircraft are speculated to have been offered but cannot be confirmed:

Whilst all candidates meet the requirements set out by the MOD, it is yet be analysed which choice would be most preferable to the MOD, taking into consideration the MOD and UK’s policy of delivering on its overarching defence plans.

Leonardo is one of the largest defence contractors in the UK and contributes £2b to the UK economy. If the MOD were to select the AW149 helicopter, then there would be a larger contribution to the economy, locally in the Southwest, and nationally. More than 70 companies from the UK supplement the AW149, furthering creating more value for the helicopter. Leonardo have already begun production of AW149 in a ‘declaration of readiness’ to support the MOD in its requirement, despite the MOD yet to announce a successful winner.

Acehawk Aerospace are also offering to add to the UK economy with their Acehawk ML70 helicopter, a stripped-down Sikorsky Black Hawk, equipped with major components and a new ‘digital backbone’ – a software system that the UK are exploring in other platforms. Whilst the company resides in Teesside International Airport in Newcastle, UK, there may be complications procuring the UH-60 airframes, which are imported from the USA. However, the strip down and re-fit initiative will use the likes of technologies designed and manufactured in the UK which brings a degree of value for the UK economy. This option would greatly outpace the Leonardo’s AW149, due to having a ‘warm’ production line, having rigs/shells available and completed aircraft to start delivering mid 20’s. The options from Bell, Sikorsky are manufactured abroad and imported into the UK, and without stating the obvious, would hold a low value to the UK economy.

Economic value to the UK is a requirement that the MOD should consider. The latest UK conservative government is looking to ‘level up’ the UK outside of London and offerings from Acehawk and Leonardo would most certainly would be economically appropriate.

The MOD should consider the political implications of choosing their aircraft, with due care that a poor decision could deteriorate relationships, thus decreasing the chances of international help in other matters and vice versa, increasing relationships could improve trade deals for example.

Sikorsky’s S70 Blackhawk offering from the USA is a strong helicopter, with its sole purpose as a military helicopter, and has proven combat experience. Although the aircraft has American origins, Sikorsky has acknowledged that the MOD requires UK economic value and is confident it can increase maximum social value by partnering with UK based companies involved in manufacturing, training and through life support of the aircraft. This proposed aircraft would build upon, an already strong, relationship with the United States and help create confidence that the US is a strongly ally within NATO, contributing to transatlantic defence programs.

Airbus are also considering to build the H175M helicopter in Broughton, Wales. This would offer value to the UK economy, creating more jobs and putting more money into Wales. The European company, mainly owned by France, would build a greater relationship with the UK as tensions after leaving the EU are still complicated. In September 2021, the UK, US and Australia announced a partnership, formally known now as ‘AUKUS’, to allow Australia to build nuclear powered submarine’s for the first-time using technology provided by the UK and US. France was supposed to be dealing with building 12 submarines for Australia and was furiated by losing the contract upon the announcement of the new AUKUS deal. Therefore, choosing the Airbus H175M may help ease the pain of suffering a huge manufacturing deal. However, this would greatly compete with Leonardo; a second UK based helicopter manufacturing site may actually weaken Leonardo’s helicopter offering.

Whilst the UK is trying to rebuild its economy and dig its way out of rising inflation, it would be also wise to understand that the UK has very weak hard power over compared to other nations. The Sikorsky’s helicopter would demonstrate the UK is building its ‘aggressor’ stance towards its adversaries, whilst also contributing to greater bilateral relations with the US. Additionally, the offering from Airbus would also increase influence in Europe with many parts of the H175M being imported from the continent.

Due care should be considered if there is greater reliance on building influence with our allies when deciding which helicopter to procure.

The decision the UK MOD face, is quite a conundrum. Whilst affordability is a high priority, the MOD has to also consider its defensive tasks and evolving air power. The MOD has set out their defence tasks (in regard to air power) and these tasks should help conclude which helicopter offering to accept.

Leonardo’s offering may seem to satisfy defence task 6; UK prosperity and civil society, but has little international defence engagement, besides its parent company being of Italian origin.

The Acehawk ML70 offering does offer bilateral trade with the US, increase hard power, and due to its proven combat experience, the helicopter would enable defence resilience. However, the MOD must consider its true economic value and understand the partnering of UK technology for this offering.

The Airbus offering engages with defence task 4; Influence through international defence engagement, which will further build influence in Europe as well as present economic value with their plan to build the aircraft in Wales, UK.

And finally, the offerings from Bell and Sikorsky may provide little economic value to the UK, with the helicopters most likely being imported from the US, however, these options would build a stronger NATO alliance and perhaps spread influence through NATO for other member states to engage in international defence trade programmes.

Above all, the UK will see the Puma fleet begin being phased out by the mid 20’s and one can only hope that the MOD choose a helicopter that will be sufficient enough to satisfy UK prosperity whilst protecting its influence with its allies. Economic power vs political power is a game of many twists. 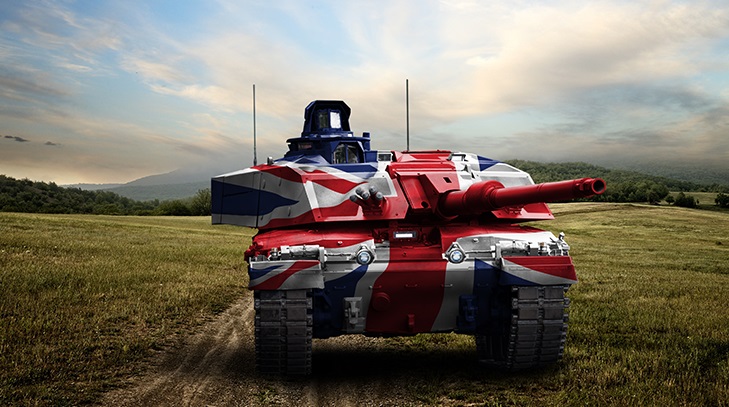