The Leopard plan: How European tanks can help Ukraine take back its territory

Ukraine needs to move to a new phase of the war if it is to reclaim its territory occupied by Russia. A European plan to supply Leopard tanks should be at the heart of this effort.

Six months since the start of Russia’s war in Ukraine, the defenders have shown mastery of Western-supplied weapon systems. Yet, with dwindling stocks of armoured vehicles, Ukraine’s army has been unable to wage manoeuvre warfare and exploit the holes their artillery is punching in Russia’s occupation force. So far Western governments have refused to supply Ukraine with Western-designed tanks and infantry fighting vehicles (IFVs). But things are changing – and a new plan from Berlin would win favour either side of the Atlantic.

During the first weeks of the invasion, the West supplied Ukraine with shoulder-mounted anti-tank and anti-aircraft weapons in the tens of thousands. These helped to arrest and then roll back Russia’s advance on Kyiv. By May, Russia was engaged in an attrition campaign in Donbas, making use of its superior numbers of artillery and an abundance of ammunition. Ukraine faced severe ammunition shortages. The battle for Kyiv used up much of its stocks, and a concentrated Russian missile campaign had destroyed most of Ukraine’s defence industry. Where Ukraine once was self-reliant in the armament sector, it now heavily depends on support from the West.

The “artillery crisis” also forced the West to rethink its arms supplies to Ukraine. There were simply too few stocks and production sites for Soviet-style artillery shells, and no production line for ammunition for Ukraine’s old Soviet-made multiple launch rocket systems. At the same time, Ukraine could not use NATO-standard shells and rockets because it did not possess weapons that could fire them. The solution was as simple as it was effective: the West provided modern artillery; Ukraine put it to use. Ukraine was still unable to outgun Russia in numerical terms, but it was now able to put vast parts of occupied territory under pressure. Together with precision strikes against ammunition and fuel depots and command posts, this significantly degraded the ability of Russian artillery units to lob their shells at Ukrainian defence lines.

Western weapons therefore helped to prevent Ukraine’s defeat and to raise the cost of Russia’s war. But they are insufficient to reverse the gains Russia has made over the past six months. Western governments must now embrace a third “offset”: after supporting Ukraine’s urban defensive fight and boosting its long-range strike capabilities, they should equip its armed forces for manoeuvre warfare. Heavy armour will be crucial in this next phase of the war.

Since it became clear that Ukraine’s defences would withstand the initial onslaught and that Russia’s failed Blitzkrieg would turn into a long war, Ukraine’s government and independent experts have been calling on Western governments to supply Kyiv with armoured vehicles to allow its forces to move under fire and to liberate occupied territory. Central and eastern European countries quickly sent hundreds of Soviet-produced tanks, IFVs, and armoured personnel carriers – equipment that Ukraine could use without much lead time. Experts warned, however, that even these stocks were finite, and that the West should prepare for Ukraine’s transition to modern NATO-standard equipment in case it ran out of spare parts to repair and replace damaged kit. But so far Western partners have shied away from supplying Western-made battle tanks and infantry fighting vehicles.

All the while the Biden administration has been pulling together successively larger aid packages, including increasingly sophisticated weaponry, careful not to “encourage or enable Ukraine to strike beyond its borders”, in the words of President Joe Biden. Other allies, too, are expanding the scope of their support for Ukraine through training and equipment. In private, representatives of these governments express determination to move further. If the West really does not want “Putin to get away with conquering a country or parts of it with a brutal military operation”, as Chancellor Olaf Scholz continues to emphasise, its leaders need to erase this red line on armour.

Now is therefore the time to take the next step. This should be a European initiative, led by Germany, to enable Ukraine to regain territories occupied by Russia.

In March, Kyiv requested 88 Leopard 1 tanks and 100 Marder-type IFVs from German industry. The chancellery should finally grant approval, as it did for self-propelled howitzers and anti-aircraft tanks. But, like the old Soviet vehicles transferred by eastern Europeans to Ukraine, many replacement parts are no longer being mass produced. Accordingly, the core of Berlin’s new effort should be to create a consortium of European Leopard 2 users. This would form and equip a Ukrainian armoured brigade of around 90 such vehicles and ensure the availability to Ukraine of a modern NATO-standard battle tank with scalable production capacity.

The Leopard 2 tank, first introduced in 1979 and upgraded in several rounds ever since, is in use in 13 European armies: Austria, Denmark, Finland, Germany, Greece, Hungary, Norway, Poland, Portugal, Spain, Sweden, Switzerland, and Turkey. Together they have more than 2,000 vehicles across different variants and levels of readiness. The more that countries donate tanks, the easier it will be to share the burden of giving them away. The same applies to stored reserve vehicles, where only a few are in operable condition, with the rest in need of restoration. The more countries share this effort, the more they can achieve with low numbers per country, and the cheaper it will be to refurbish phased-out vehicles.

The 2A4 and 2A5 variants account for more than half of these Leopards. Although they do not represent the latest versions of the tank, and some effort would need to go into reprogramming user interfaces for Ukrainian tank crews, they would be the most logical choice for a Ukrainian brigade because of their wide availability. The European Peace Facility should reimburse countries to replace donated Leopards with the latest version in return. The EU should also support the creation of maintenance and supply lines in EU countries bordering Ukraine to ensure quick repair and replacement.

Three members of the Bundestag’s defence committee, representing each of the three government parties, recently called for Germany to move beyond its peacetime defence industrial structures and processes, which have inhibited Berlin’s ability to support Kyiv at scale, and to rebuild the Bundeswehr. A European-Ukrainian Leopard 2 consortium should be the focus of this shift.

So far, Washington has led the international effort to arm the Ukrainian resistance, and Europe has followed. But if they are serious about taking on equal responsibilities in the transatlantic partnership, Europeans should not wait for the Americans to make the next move this time. Instead, they should act together, and in close coordination with their transatlantic allies. The US would welcome such decisive action.

This article has been originally published on the Europen Council of Foreign Relations’ website – ecfr.eu. 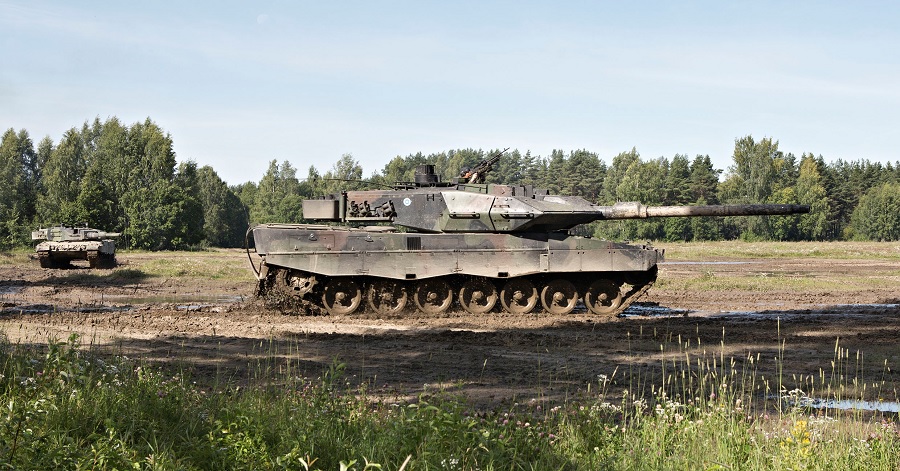 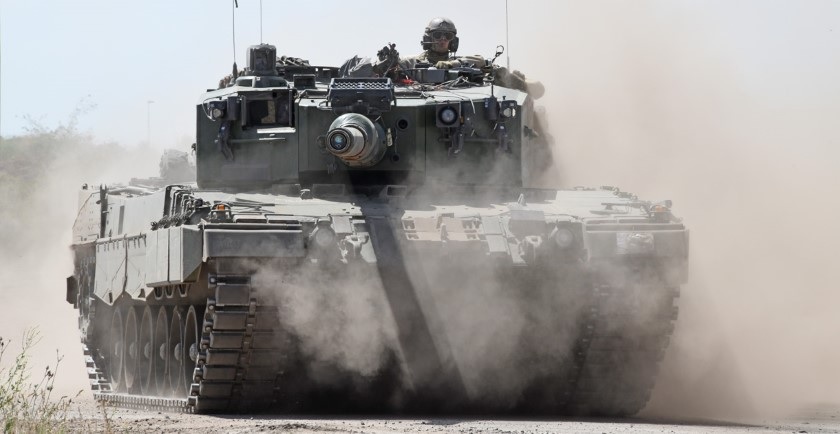 Czech Republic will receive Leopard 2A4 tanks this year