On the 29th September 2022, the UK Ministry of Defence (MOD) published the 3rd edition of the Joint Doctrine Publication, JDP 0-30, a vital document discussing the UK’s air power and its strategic utility. The publication explores national and military power and considers the employment of air power and its strength and limitations. UK air power has been a political instrument for decades and has proven to be quite formidable. The joint coalition offensive against DAESH in Syria and Iraq, Operation Pitting, the airlift operation to evacuate British nationals and eligible Afghans from the Taliban offensive, and recent policing and monitoring of NATO airspace across eastern NATO countries in response to Russia’s invasion of Ukraine, have all been great examples of UK air power. Whilst the success of the operations are behind us, there is still focus on improving the power that the UK can offer in the air, and it is ever so more important now with increasingly powerful countries in Eurasia and the Middle East.

With the looming threats and competition from the east of the world, there has become a need to increase air capabilities further. The doctrine, disappointingly, fails to mention the UK’s 6th Generation Jet Program and how it would enable utility in the ever-competitive air domain. However, the program is in the early development stages and is kept quiet amongst public enquiries and for good reason. On the other hand, there are currently certain, not so secret, operational 5th generation aircraft types which combine low-observable technology, advanced radars and sensors, integrated avionics, thrust and subsonic capabilities.

So, with the above technologically advanced aircraft being key players in modern air superiority, then why is there a need for a 6th generation jet when 5th generation jets that have recently entered service and proving to be a formidable asset to those who have procured or manufactured such jets. Why is there an ‘arms race’ to develop a 6th generation jet and which countries are competing for a technological advantage? What are the complications and at what cost to the participating states? These are the questions this article seeks to answer.

The UK has been developing a 6th generation concept jet for some time but failed to fund the project sufficiently and looked to its European neighbors for assistance. Namely, Italy and Sweden were first to named as international partners to the program with both nations looking to increase their air capabilities. Sweden, however, have recently failed to fund their contribution to the project and are having extreme difficulties being involved. Italy are still teetering on the edge of how it can be involved and having both nations crate an aircraft that suits each other’s requirements. An unconventional potential partner is Japan, who had started their own 6th generation program, but are looking to merge their F-X program with the UK. This goes beyond a technological partnership but opens up wider debate about the two countries involvement with the Indo-Pacific. Whilst Japan is not a confirmed partner, it is still concepting with the UK to see whether all 3 nations can work effectively and produce an aircraft all can use for a nations air policy.

The Tempest program currently has 4 key players working on the project with BAE Systems leading and designing the aircraft’s structure, maneuverability, and overall design. Leonardo are designing the electronic components of the aircraft, including developing an integrated communications system (ICS) and an integrated sensing and non-kinetic effects system (ISANKE). This is set to be what could set the Tempest apart from its competitors with highly effective electronic warfare and low observable technology. MBDA are developing the effectors for the aircraft and ensuring technological advancement with designing weapon systems that can deny and protect the aircraft. Finally, Rolls Royce are developing the thrust and engine capabilities

Whilst the above all sounds well organised and structured, the inter-company working is causing setbacks with many phase reviews and milestones being missed due to labour shortages, working across different security gradings, trying to concept a design that suits all nations requirements, inefficient communication between companies and states and funding the ever so expensive program. The program is set to see its first test flight by 2026, yet there is huge doubt whether there will be more countries or less countries working on the program.

The fighter jet would look to replace the UK’s typhoon aircraft but with the long project timeline, expensive development phases and extremely complicated inter-company work, it is a project that keeps changing with time and faces a competing thought that the UK can procure more F-35’s from America.

The système de combat aèrien du futur (SCAF) or Future Combat Air System (FCAS), is a European combat aircraft program under development by Dassault Aviation, Airbus, Indra and Thales Group. Airbus was asked by Germany and Spain to propose a 6th generation combat concept and was announced in 2018 that development was under way for the program. Spain formally joined the program in 2019.

This European venture also seeks to replace the European Typhoon program and increase its air capabilities. They propose the work be split across nations, each company taking lead in different ‘pillars’ of the program. For example, the pillars include: advanced sensors, stealth technology, next generation weapon systems, new engine, a next generation fighter (NGF) and an air combat cloud network. The difficulty here has been found that inter-company collaboration is slowing progress towards developing each pillar with arguments between countries as to who will take responsibility for each component. For example, Dassault Aviation and Airbus are unable to agree on the NGF element which is causing a ripple effect into other pillars of the program.

The project estimated a flight demonstrator flight by 2025, but with work stalling, this date has faulted to late 2028. The inter-company working has proven to be difficult with Airbus wanting to take the reins away from Dassault. This comes at a time when Germany has increased its defence spending by 100Bn Euros in response to the Ukrainian conflict and has announced its stance on wanting to be THE leading military power in Europe. Once more, this 6th generation program is plagued with complicated shared work and political complexities that are taking away, what could be, key partnerships in the deterrence of rising powers in the East, namely Russia and China.

An alternative policy towards Germanys, France and Spain’s air power and superiority should be considered if the SCAF/FCAS programme were to fail, and it is looking ever so likely it may do so. One consideration is the development of separate flight demonstrators but flying under the same combat air system developed by the tri-nation program, although, this would be problematic and expensive for each country to pursue.  Whilst Spain has been working on its element of the program, it should be noted that they have just ordered 20 Eurofighter Typhoons with an acquisition cost of 2Bn Euros, leaving the question of, is Spain really committed to the 6th generation program?

It is important to note, that neither the Tempest Program nor the SCAF/FCAS program have considered partnering with one of the biggest defence spending countries… The United States, a key NATO ally.

The United States have always had great air programmes with the success of the 5th generation F-22 Raptor and its recent F-35 jets, oh which, there are 3 variants been sold across the globe to carefully placed allies and markets. However, one could argue their time from concept to completion of test flights have always been a hinderance. Nonetheless, the US has been pushing for a 6th generation fighter jet since the publication of DARPA’s Air Dominance study in 2014. The Air Force then stepped up and began to develop demonstrator aircraft technologies and called for a ‘family of systems’ that could be incorporated into different aircrafts. The Next Generation Air Dominance (NGAD) initiative is the latest program to try and gain steed or controlling the air, temporarily, before its adversaries.

Much like other programs, the next NGAD aircraft will look to replace the F-22’s and add the additionally technologies, such as increased stealth capabilities, advanced weaponry, and increased ICS capability between platforms. It is uncertain which company has been developing the technologies of this program and how the aircraft is shaping up. However, there has been rumours that Lockheed Martin and Northrop Grumman have been working on appliable NGAD systems to satisfy the Air Forces needs of a 6th generation jet to gain tactical advantage in the air. Whilst the secrecy behind the project leaves many analysts digging for answers, one can only use assumptions that the work will be delayed and complicated, such as it predecessors, the F-22 and F-35. The Air Force are aiming to have a fully functional aircraft in operation by 2030, but is that a realistic goal, and will they face inter-company complications as the Tempest and SCAF/FCAS have?

It would be wise to also mention that China and Russia are too, developing a 6th generation jets, however, much like the US NGAD program, it is shrouded in secrecy. Much will be assumed that the technology being developed will not be far off a ‘systems of systems’ initiative that will allow the technology to expand across platforms. Perhaps Russia may stall in the development of a 6th generation aircraft due to its conflict in Ukraine, where resources are being allocated elsewhere.

The rising tensions across the globe, from Russian aggression in Europe, complicated nuclear policy in the Middle East and tensions in the Indo-Pacific, it has almost created a unofficial ‘arms race’ in regard to developing a 6th generation fighter jet. Whilst air power has become the west’s political tool of choice to aid political goals without sending in ground forces and avoiding public opinion, it is most effective when integrated with other components of the military instrument of national power. Trying to design a new system that satisfies each countries air capability needs is the largest hurdle each program faces.

The common theme seen across the 6th generation programmes is the development of integrated communication systems that will aid in collating data and gaining the information advantage, complementing air superiority. The development of these future air combat systems are very complex and require a lot of funding and inter-company working to keep them alive. European programmes seem to be, openly, finding it difficult to work together with the Tempest programme reporting inter-company and security classification troubles and SCAF/FCAS echoing the difficulties working with across border companies. That is not to say they are failing behind in the arms race and one cannot say who is ahead. The Americans seem well equipped and on track, yet the secrecy of the programmes leads to no conclusion if it is ahead of the competition or not. This is true for the Russian and Chinese programmes too. One can only analyse the data and research available, and of that, Europe need to find ways of working effectively together or it risks losing the power of controlling the air in face of growing eastern powers. 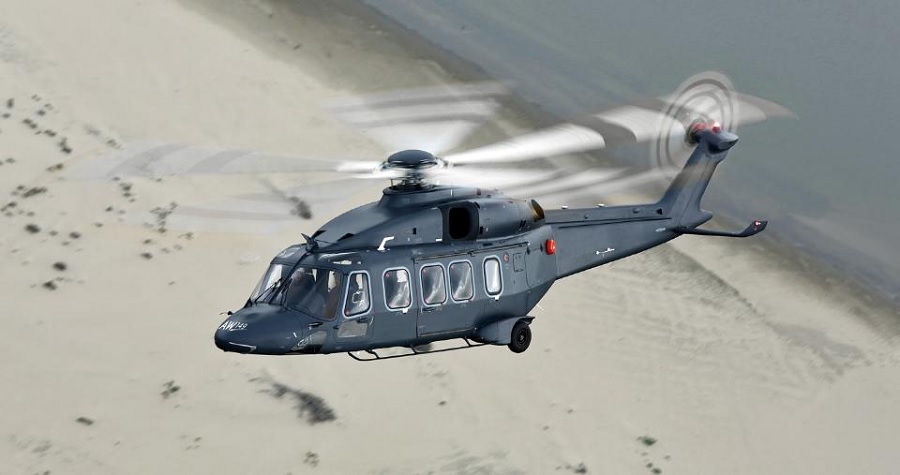