NATO has once again joined forces in the region to conduct a combined training event simulating an attack of air forces against NATO airspace and an airfield in particular.

Italian Eurofighters stationed at the Romanian Air Base at Mihail Kogălniceanu and the French MAMBA Surface-Based Air and Missile Defence (SBAMD) system at Capu Midia simulated the defence of the air base against incoming U.S. Navy F/18 and E/A-18G fighters. The U.S. jets launched from the George H.W. Bush aircraft carrier sailing in the Mediterranean and conducted air-to-air refueling with Royal Air Force A-300 MRTT and U.S. KC-135 tankers.

NATO’s Joint Force Air Component established at Allied Air Command, in Ramstein, Germany, planned, coordinated and monitored the multinational event. The staff at the Romanian Control and Reporting Centre in Moara Vlăsiei ensured tactical control of fighters and the MAMBA.

“While others are preparing for their holidays, NATO together with the Allies continues to ensure our collective ability to deter and defend – we do what we must,” said Hellenic Air Force Colonel Konstantinos Papachristou, officer overseeing the drills from Ramstein. “We conduct short-duration drills like this one regularly. Exercise scenarios such as an SBAMD system repelling a simulated air attack by fighter aircraft ensure that NATO forces are able to operate together and remain ready to respond to any threat from any direction,” he added. 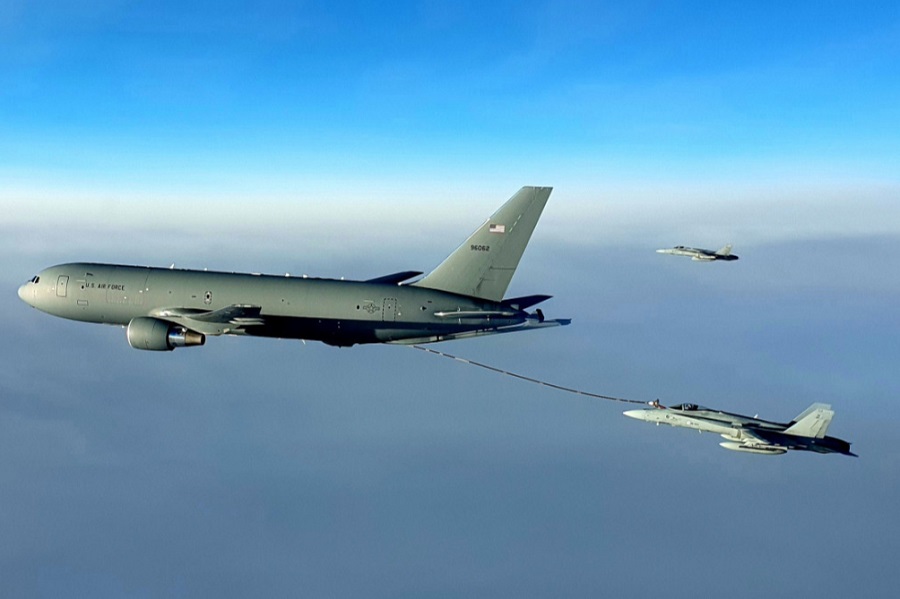