Naval Group’s proposal for the Netherlands: a deep industry partnership

On November 17, French shipbuilding giant Naval Group took part in the 34th edition of the Netherlands Defense and Security exhibition (NEDS). "Our ambition is to deepen our existing relation with the Netherlands MOD to support their operational and technical requirement," the company wrote in a press release.

Thanks to the latest available technologies and developments, these specialised mine countermeasures platforms will be fitted with top-end capabilities: embarking and launching combination of 20-ton USVs, UUVs and UAVs. Detection and neutralisation of sea mines will thus be performed by unmanned assets.

This program is the basis of an effective European cooperation: in October 2022, France, Belgium and the Netherlands agreed on a cooperation aimed at promoting synergies within the mine warfare domain. In particular, France confirmed its decision to base the design of the French mine warfare vessels on the Belgian-Dutch rMCM mothership designed and manufactured by Naval Group. With this decisive step, the rMCM program becomes a European endeavour.

After the release of the Request for Quotation (RFQ) for the Replacement Netherlands Submarine Capability (RNSC) on November 16th, Naval Group is proud to offer a top-end niche capability to the Netherlands MOD and to support the objective of strategic autonomy established by the Netherlands for the submarine service over the complete life cycle.

The Netherlands, a strategic industrial partner for Naval Group

Naval Group has a robust partnership with the Netherlands Defence and Technological Base (NLDTIB) of more than 30 years. Over the last 5 years, € 250 Million of revenue were ordered from the Netherlands. Some 40 Dutch companies are supplying equipment and services in different stages of naval programs and more than 300 Dutch partners, suppliers and knowledge institutes are systematically consulted for all Naval Group programs.

The Netherlands Defence and Technological Base is Naval Group’s second international supplier. The Dutch golden triangle offers a large range of technology and skills and Dutch partners have been onboard Naval Group ships for decades. Naval Group’s ships feature a large array of Dutch technologies, such as:

The Replacement Netherlands Submarine Capability (RNSC) project is an exciting endeavour for all involved as submarines are one of the most complex systems ever produced. The Netherlands MOD requirement as expressed for the RNSC require a top-end niche capability with unique expeditionary potential, a mission-flexible configuration and growth potential over the life-cycle. Naval Group strongly believes that a submarine solution from the Barracuda-family is the best answer to meet these requirements.

Strategic autonomy is key to maintain the capability over the complete life-cycle, involving a longterm partnership in support of the Netherlands MOD together with the Netherlands Defence and Technological Base and knowledge centers.

Naval Group has been working with Dutch industrial partners to leverage the expertise of the Netherlands submarine community and integrate existing knowledge.

Several RFQs have been sent already in anticipation for the RFQ phase, based on the objectives set after a thorough dialogue with the Netherlands MOD.

The performance of the submarines relies upon very complex systems. Understanding these systems is one of the keys to the successful management of their life-cycle. This is why Royal IHC and Naval Group have signed an exclusive agreement on major submarine components as early as 2019. Since then, intense effort was invested in exchanging over the best industrial scenario for the Replacement Netherlands Submarine Capability program.

These exciting and challenging exchanges found their conclusion when Royal IHC released their first bid for the integration and production of submarine modules in The Netherlands. Naval Group has benefitted from IHC’s strong engineering expertise in order to make use of existing capabilities in The Netherlands.

In parallel, several RFQs have been sent to suppliers and partners in anticipation of the RFQ phase, based on the objectives set after a thorough dialogue with the Netherlands MOD.

Naval Group is thankful and proud of this achievement and of the ability of its teams to work together with its Dutch partners to anticipate the bid phase. Naval Group is confident that this effort and commitment will serve as a cornerstone to its contribution to the RNSC program. 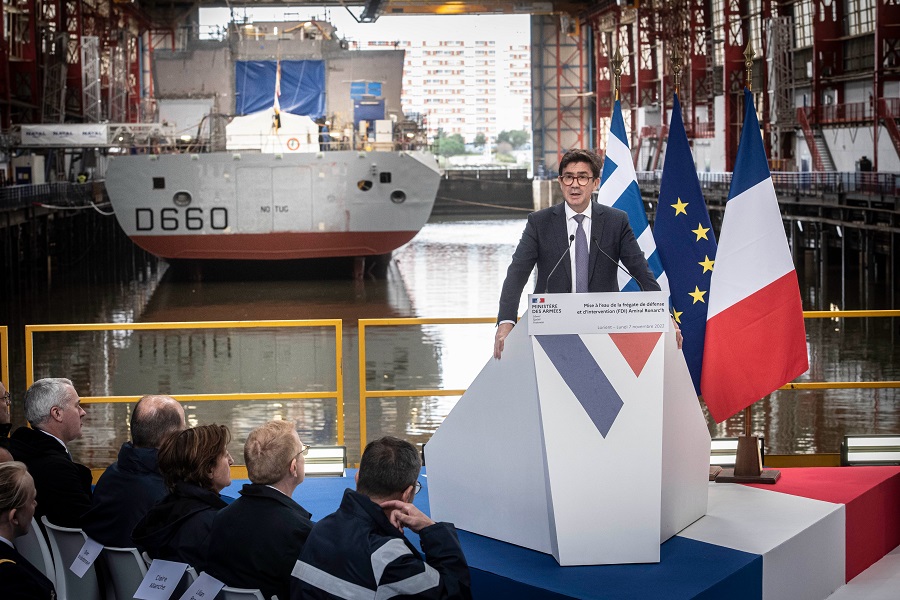