The growing use of different types of UAV's and drones requires a system that can ensure the safe coexistence of these flying platforms with manned low-flying craft, fixed wing or rotary. Israeli company Safe Shoot has developed such a system that creates international interest.

According to the Israeli company, its Green Shield system is a lightweight, modular, self-contained, battery-operated system.

The aerial version is based on the technology developed by the company to avoid friendly fire.

The device can be operated during daylight, darkness, adverse weather and dirty battlefield condition. In its military use, the system has two parts:  A weapon mounted part that weighs 50 grams and a second part that is carried inside the user combat vest that weighs 200 grams. The weapon-mounted part can be mounted on the weapon without having to remove the Rifle Combat Optic or Close Combat Optic. This, allows using the same aiming tactics, techniques and procedures.

The Green Shield system provides a solution for the misidentification of friendly forces and improves inter-force coordination between all forces including aviation and ground forces. The system has different configurations applicable to tanks, attack helicopters, UAV’s, aircraft, infantry and ground support forces. It allows rapid maneuvering with close fire support, and continuity of combat operations and improves tactical situation awareness in different terrains even in urbanized and complex terrains. Contrary to other command and control systems currently available, the Safe Shoot military system automatically and autonomously alerts the shooters when there is a high risk of friendly fire, without the need of direct headquarters control or even network link bringing back confidence and trust at all levels.

And on this proven technology, the Israeli company is offering the version for the avoidance of air collision between manned and unmanned system flying at low altitudes.

Amir Nadan, CEO of SafeShoot said that the growing problem of coexistence between airforce low flying platforms and drones has become crucial, especially in very small airspace like the Israeli one.

“We use the same technique like in the combat soldier version. The use requires equipping the airforce helicopters with our system and also drones above a certain weight”.

Nadan said that when the system detects a collision course it takes control of the drone to avoid the collision.” The system is not dependant on any central control site but operates independently” 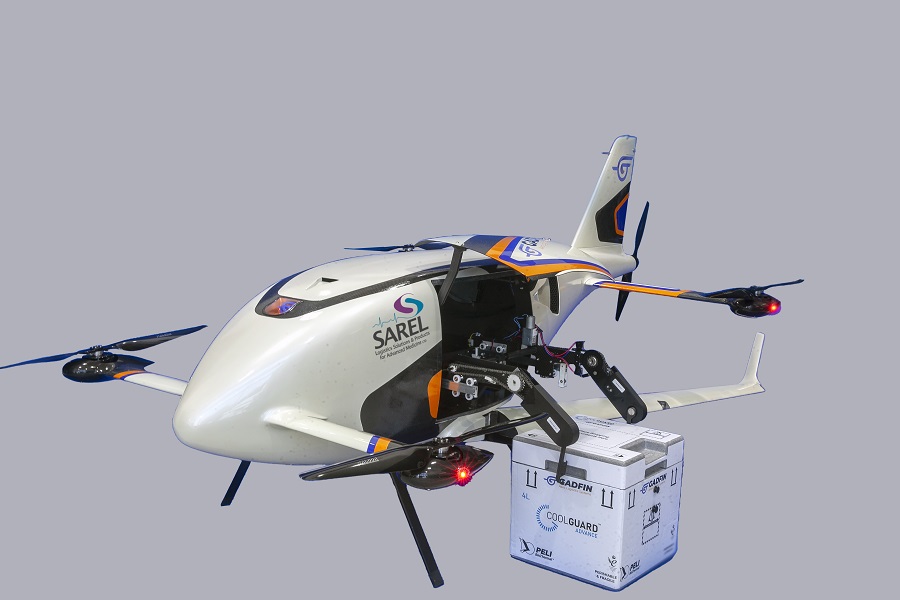