The French defence procurement agency (DGA) has entrusted Thales with the design of deployable and high-speed communications networks for theatres of operations, a major asset for collaborative combat. The French technology company will deliver more than 200 modular, mobile stations in the phase 3 of the ASTRIDE 3 contract. Rapid to deploy and compliant with NATO interoperability standards, ASTRIDE 3 will enable France to command coalition forces as a framework nation, as well as provide the French armed forces with an autonomous multi-brigade force projection capability.

As high-intensity conflict returns to the world stage, the French defence procurement agency (DGA) has awarded Thales the ASTRIDE 3 contract. Thales will work with several partners to deliver a high-speed, mobile and secure command infrastructure for deployment in an extremely wide range of tactical situations.

After decades of asymmetric engagements, armed forces now face new types of high intensity conflict that underscore the importance of resilience, discretion and mobility of theatre networks and command posts. Forces engaged in disputed areas are also increasingly reliant on the capacity to share data between multiple sensors and effectors for collaborative combat operations and to support multi-site, multi-domain collaboration for collaborative command of allied units.

ASTRIDE 3 will meet all these requirements by integrating new connectivity systems such as latest-generation satellite terminals (SYRACUSE IV), HCLOS (high-capacity line-of-sight) communications, tactical software-defined radios (CONTACT) and digital wireless services (LTE technology). These assets will interconnect the battlespace and provide a resilient network of connected command posts from theatre level down to tactical units. ASTRIDE 3 could also offer defence cloud hosting capabilities to meet the needs of collaborative command structures and support a broader computer network defence (CND) initiative to deal with cyber threats.

The integrated, automated ASTRIDE 3 stations will accelerate and simplify manoeuvres in the theatre of operations, enabling forces to deploy different versions of the station – hardened container, shelter (transport cases) or pre-integrated in armoured vehicles in the SCORPION ecosystem – to adapt to an extremely wide range of tactical situations. Wireless connections will shorten command post-deployment times by significantly reducing the number of manual operations required. In addition, the network planning, command and supervision tools MOSART, will give land forces unprecedented agility in adapting to the tempo of their mission.

ASTRIDE 3 stations will meet the latest FMN (Federated Mission Network) interoperability standards and enable France to act as a framework nation for forces command at Land Component Command (LCC) or Division level.

The choice of Thales confirms the Group’s role as a trusted partner and preferred provider of military communication systems, and underscores its wide-ranging expertise in areas including handheld tactical radios, satellite communications, network capabilities and platform integration.

Thales’ sites in Cholet (Pays de la Loire) and Gennevilliers (Ile-De-France), as well as those of numerous French technology partners and SMEs, contribute to both the development and production of the physical and software components of the ASTRIDE 3 system.

“Thales is proud, once again, to be supporting French land forces in their digital transformation by providing a high-speed, mobile and secure command infrastructure that can be deployed in an extremely wide range of tactical situations. Phase 3 of the ASTRIDE programme is a further step towards collaborative combat, positioning connectivity and the land forces combat cloud at the heart of high-intensity warfare.” – Marc Darmon, Executive Vice President, Secure Communications and Information Systems, Thales. 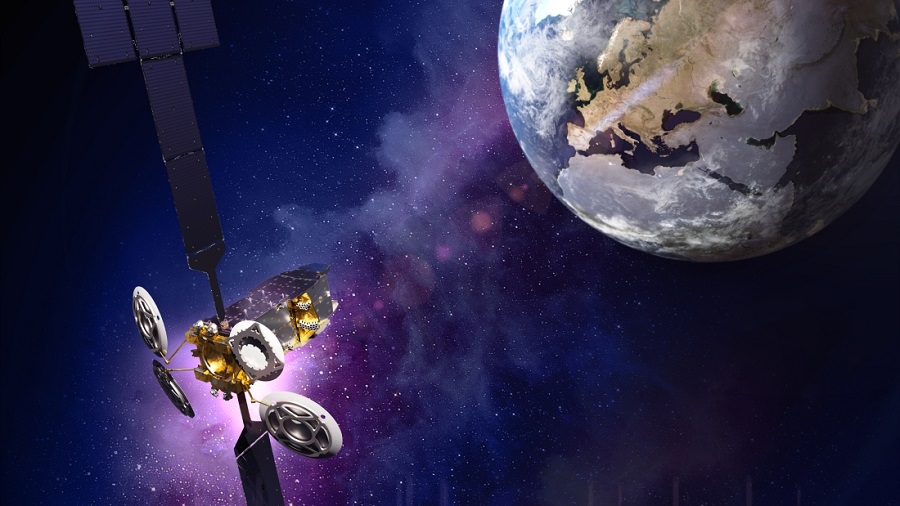