By Dominika Kunertova, Senior Researcher in the Global Security Team at the Center for Security Studies (CSS) at ETH Zürich.

The war in Ukraine is the first large-​scale, high-​intensity military conflict in which both sides deploy different types of drones extensively and to different military effects. European countries should take note to adopt a holistic approach on drones and anti-​drone defenses.

Drones alone do not have decisive war-winning capability. However, the war in Ukraine shows that they have become a significant factor in conventional warfare. Ranging from persistent eyes in the sky and flying missile launchers to small stealthy drone scouts, the qualitative and quantitative scale of their use in war is unprecedented. At the same time, the effect of drones on the changing character of warfare should not be overestimated. Machines are still far from replacing human fighting. Drones, however, can transform the way humans go about warfare. In addition to their use as weapons, drones have brought about an important evolutionary change in their less spectacular supporting roles, especially in providing battlespace awareness for small teams and even individual soldiers.

Large drones are too easy to defend against to make an independent difference in air operations, especially in an active shooting war in which no side has control of the airspace. In contrast, smaller drones operated by land forces are transforming the dynamics in lower airspace. They empower infantry soldiers to spot enemy units and navigate artillery fires, which helps to improve precision and keeps troops out of harm’s way. These are the same tasks that drones performed in the last century – yet thanks to their affordability and user friendliness, humans just got better at using them.

The main take-away for the European countries from drone warfare in Ukraine is drone diversity. Different categories of drones have different military effects. For the past two decades, European countries have been procuring drones designed for the wars of the past. Due to US drone-intensive counterterrorism operations executed by Predator and Reaper drones, large armed/surveillance drones became infamous for their targeted killing beyond official battlefields.

For the past two decades, Europeans have been procuring armed drones for the conflicts of yesterday: to conduct counterterrorism operations overseas in asymmetric conflict, reducing the risk to humans at the front line and flying over mines and improvised explosive devices. In addition, European efforts to decrease the dependence on foreign drone technology through multimillion-euro capability development projects (CSS Policy Perspectives Vol. 9/5, April 2021) led nowhere.

The use of drones in the war in Ukraine is beginning to affect the European thinking about drones. Some contemplate procuring armed tactical drones (Slovakia), others hasten to either acquire a long-range drone surveillance capability (Poland is leasing the American MQ-9A Reaper until Warsaw gets its own system) or equip their drones with missiles. The case of Germany sticks out the most as it was able to overcome the years-long opposition to arming the Heron drones that it bought from Israel.

In the meantime, large armed drones are being superseded by a widening spectrum of lethal drone threats, which includes also armed quadcopters as flying air mines, loitering munitions, and small reconnaissance drones. The changing public perception makes armed drones more politically acceptable. Once decried as flying assassination robots conducting strikes and ethically disputable executions in the 2000s and 2010s, they have become a regular part of conventional warfare. European militaries will need to adapt their doctrines to better integrate small drones with traditional weapon systems and especially accommodate the increasing scope of human-machine interactions.

This proliferation of small drone use comes with additional operational challenges. One of these challenges concerns airspace management, since drones operate in congested spaces next to, with and against a wide range of aerial vehicles. Whether deployed in a concentrated (to saturate air defenses) or dispersed (to provide persistent surveillance over larger areas) manner, small drones contribute to the thickening of air traffic. To support ground troops, the lower airspace with altitudes below three kilometers is becoming crucial as a result.

This is an excerpt from article published by ETH Zürich Center for Security Studies (CSS). Visit its website to read the full version. 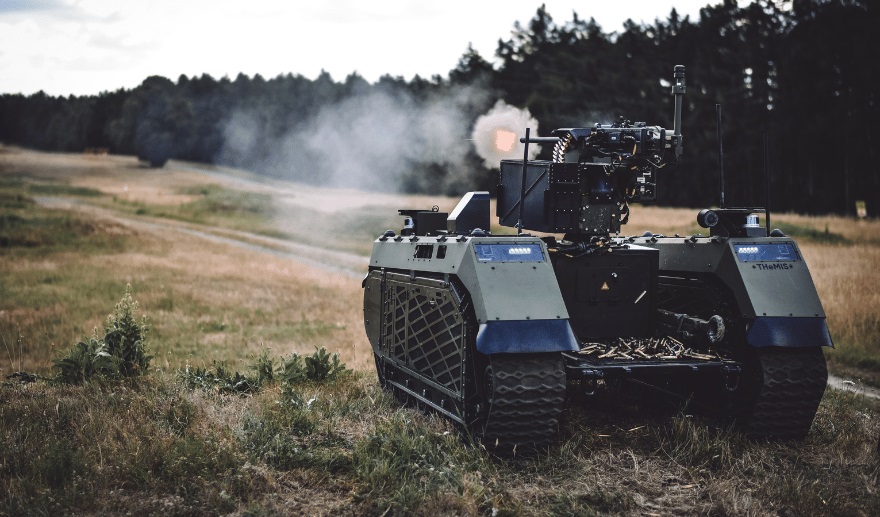 Robotic and Autonomous Systems: From design to development and use in military operations