Azerbaijan's decision to open an embassy in Israel means more arms deals between the two countries. This according to Israel defence sources.

The embassy in Tel Aviv will be the first representation of a nation with a majority Shiite government in Israel.

In recent years and especially in the first Nagorno Karabach war between Azerbaijan and Armenia, Israel sold a variety of advanced weapon systems to the Azeris.

Azerbaijan has a long birder with Iran and Teheran more than once said that Azerbaijan serves as an Israeli front military post.

Among the systems currently in use by Azerbaijan are loitering munitions that were visibly successful during the 2020 Nagorno-Karabach war between Azerbaijan and Armenia. In 2018 the Azeris acquired the Elbit systems SkyStriker loitering weapon system; the Israeli company refused to comment on the contract at the time. In the past the Aziris have also purchased another loitering weapon system, the Harop, made by Israel Aerospace Industries (IAI). It also purchased IAI’s Lora, a long-range surface-to-surface precision missile.

The ambassador expressed the concerns in Teheran

“We suspect they (the Israelis) must have special intelligence, security and maybe an intention to do an act of sabotage behind what they are doing, which is under our monitoring. We made the necessary complaints and gave the necessary warnings to the Azeris, and the officials of the Republic of Azerbaijan at different levels have assured us that nothing against the national interests of the Islamic Republic of Iran will happen from the territory of the Republic of Azerbaijan. ”

And now after the announcement of the Azeris about their decision to open an embassy in Israel, the Israeli sources said that more arms deals are expected and “of a greater variety” 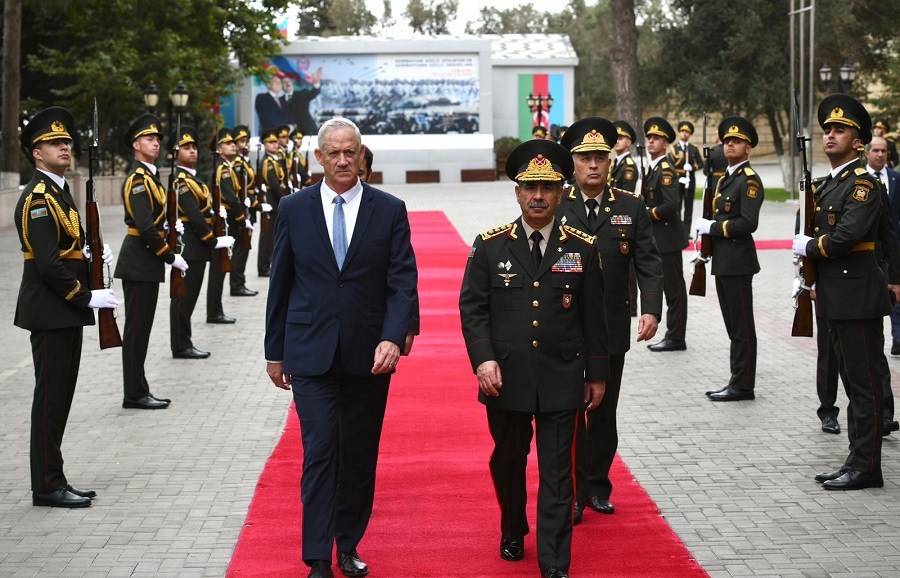