“I strongly welcome the agreement of NATO’s civil and military budgets for 2023. This is a concrete expression of the higher level of ambition set by Allied Heads of State and Government at our transformative Madrid Summit in June. We must continue to invest more and better together in NATO. Only North America and Europe, working together in a strong NATO, can keep our one billion people safe in a more dangerous world,” said Secretary General Jens Stoltenberg.

At the Madrid Summit in June, Allies agreed to invest more together in the Alliance, reflecting the need to respond to a degraded security environment caused by Russia’s war of aggression against Ukraine. In NATO’s new Strategic Concept, Allies agreed that “investing in NATO is the best way to ensure the enduring bond between European and North American Allies, while contributing to global peace and stability”. They also agreed to “ensure that our political decisions are adequately resourced”.

The civil budget provides funds for personnel, operating costs, and programme expenditures of NATO’s Headquarters and its International Staff. The military budget covers the operating costs of NATO Command Structure headquarters, missions, and operations around the world. NATO’s third principal common funded element is the NATO Security Investment Programme (NSIP), which covers major construction and command and control system investments. The 2023 ceiling for the NSIP is €1 billion, representing a 26.6% increase over 2022. 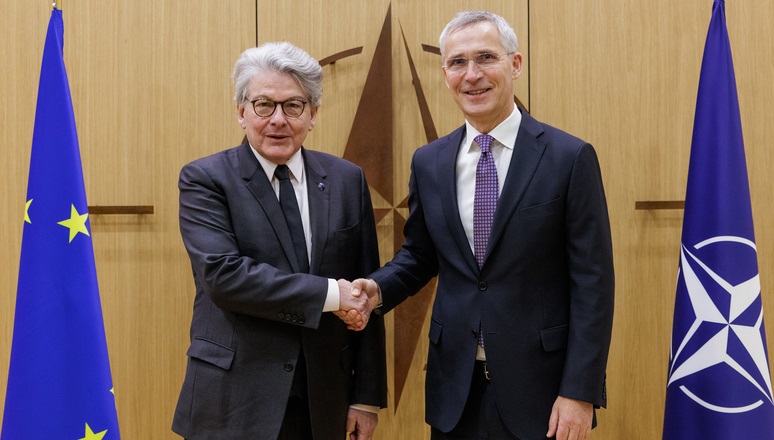